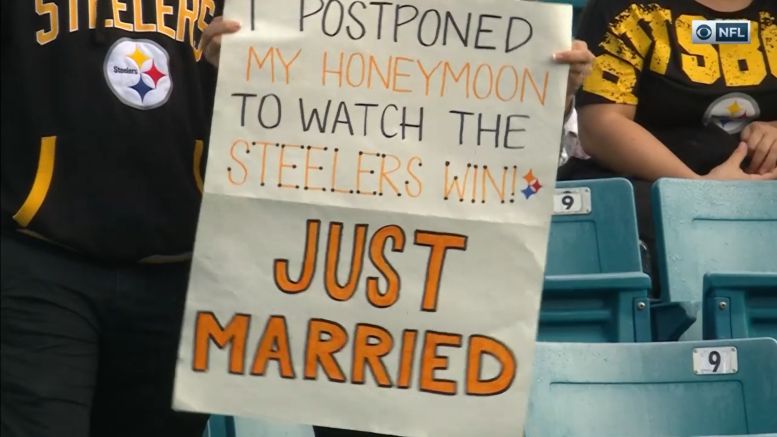 Another week, another win. The year of 2020 has been many things, to be certain, and most of them have been, let’s say less than great. But it has been a wonderful NFL season for the Pittsburgh Steelers, who enter the holiday season undefeated at 10-0, continuing their best start in franchise history.

While they do have a 15-1 season under their belts, posting that record in 2004, it came only after losing the third game of the year—and making a change due to injury at quarterback, with a rookie by the name of Ben Roethlisberger stepping into the lineup.

He was, of course, the quarterback of record for today’s game, as he has for the 154th time in the regular season in a Steelers uniform over the past 17 years. He won his first 13 starts as a rookie that year. Now he is on a 10-game winning streak to begin the 2020 season.

More importantly, of course, the Steelers are 10-0, and have for weeks been the only undefeated team in the NFL, holding the keys to a first-round bye and homefield advantage throughout the playoffs, something that they have not possessed since Roethlisberger’s rookie season in 2004, though they have hosted a couple of AFC Championship games thanks to the number one seed losing.

While the minutiae of today’s win over the Jacksonville Jaguars wasn’t always pretty, the Steelers ultimately stretched it out to a blowout, taking them down by a 24-point margin, putting up 27 and holding Jacksonville to just three—which came on their opening drive.

In all, the Jaguars recorded only three drives out of 12 in which they put up 20 or more yards, going three and out (or four and out) on four drives. Rookie quarterback Jake Luton threw for just 151 yards over 37 pass attempts, and was intercepted four times—twice by each starting safety, Minkah Fitzpatrick and Terrell Edmunds.

Starting rookie running back James Robinson did have some success, putting up 73 yards on 17 carries, averaging 4.3 yards per attempt. He was the only ball-carrier of record for the Jaguars in the game. He also added 21 yards on receptions. He had been averaging over 100 yards from scrimmage per game.

Offensively, wide receiver Diontae Johnson went over 100 yards for the second week in a row, Chase Claypool added his 10th touchdown, and James  Conner rushed for 89 yards on just 13 attempts while the Steelers as a team went over 100 on the ground for the first time in five weeks.

Meanwhile, the Tennessee Titans defeated the Baltimore Ravens to send the Steelers’ divisional rivals to 6-4 on the season as they prepare to host the Ravens at Heinz Field on Thanksgiving, just a few days away. Pittsburgh can virtually lock of the division with a win.