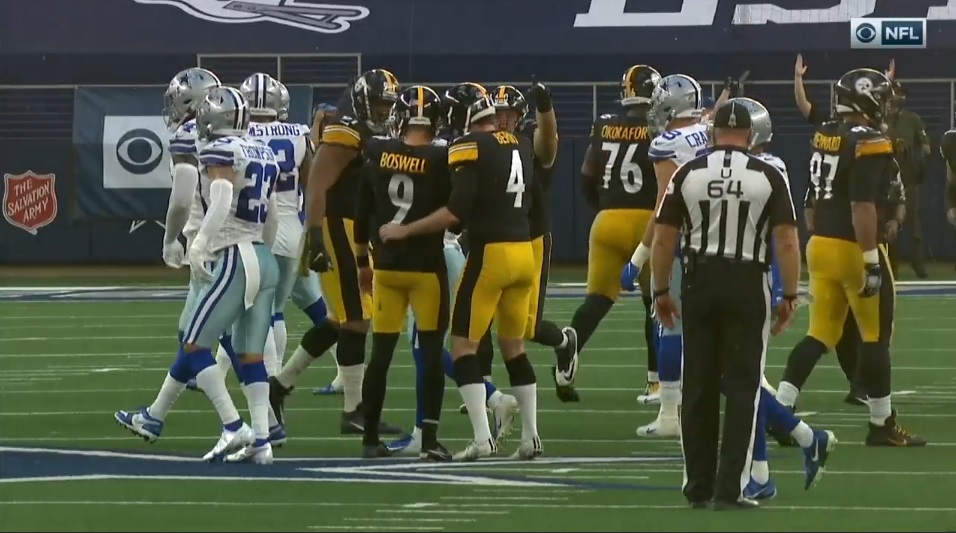 More wild. More weird. Your weekly edition off the field after watching that craziness on it.

– The one you know by now. The Pittsburgh Steelers are 8-0 for the first time in franchise history. They’re now just the 23rd team to achieve that feat since 1978 when the league went to a 16 game season. Every single one of those teams made the playoffs. Six of them won the Super Bowl, though it’s been awhile. Last nine in the league didn’t hoist the Lombardi by season’s end. 2009 Saints last team who did.

For Pittsburgh, it’s the second time they’ve had such a score. The other? 1963. Also on the road. Also against the Dallas Cowboys.

– Chris Boswell booted a 59 yard field goal at the end of the half. That’s a Steelers’ record, breaking the previous mark of 55 set by Kris Brown at Arrowhead in October of 2001.

– What’s not so great in the kicking game? Boswell missed just one XP all season. Two today, of course one being a block. He didn’t miss one all last season.

– In games with 4+ punts, Jordan Berry’s 50.8 average Sunday was the fourth best of his career. Great game for him.

– Since 1999, Vince Williams is the 11th player to have 14+ TFL in his first eight games. First to do it since Chandler Jones in 2017. He joins an impressive list of guys like: JJ Watt, Von Miller, Demarcus Ware, and Jared Allen.