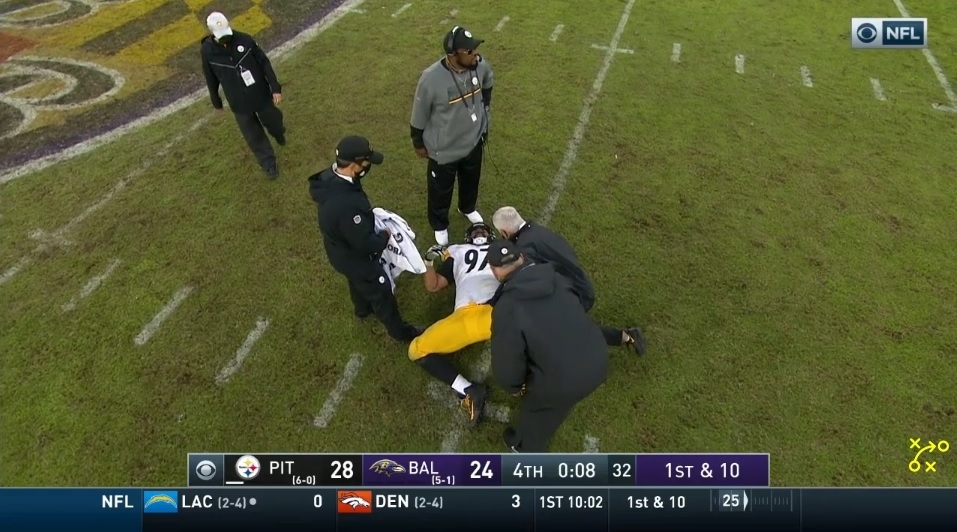 Mike Tomlin and the Pittsburgh Steelers have been fined for failure to wear masks in last Sunday’s win over the Baltimore Ravens, according to ESPN’s Adam Schefter. As Schefter’s tweet shows, Tomlin was photographed not wearing his mask at times during last week’s victory.

Tomlin was also spotted not wearing a mask as he walked onto the field to attend to Cam Heyward’s late-game injury.

Tomlin and the Steelers aren’t the only group penalized by the NFL. The league handed down its heaviest punishment so far to the Las Vegas Raiders yesterday, Jon Gruden was fined $150,000, the Raiders $500,000, and the team is forfeiting a 6th round draft pick for repeated violations of COVID protocol.

This is now at least the third time Tomlin has been fined. He was fined $25,000 last year for an injury report violation for Ben Roethlisberger’s elbow injury. He was infamously fined $100,000 in 2013 for interfering with Ravens’ returner Jacoby Jones in a well-known sideline incident.