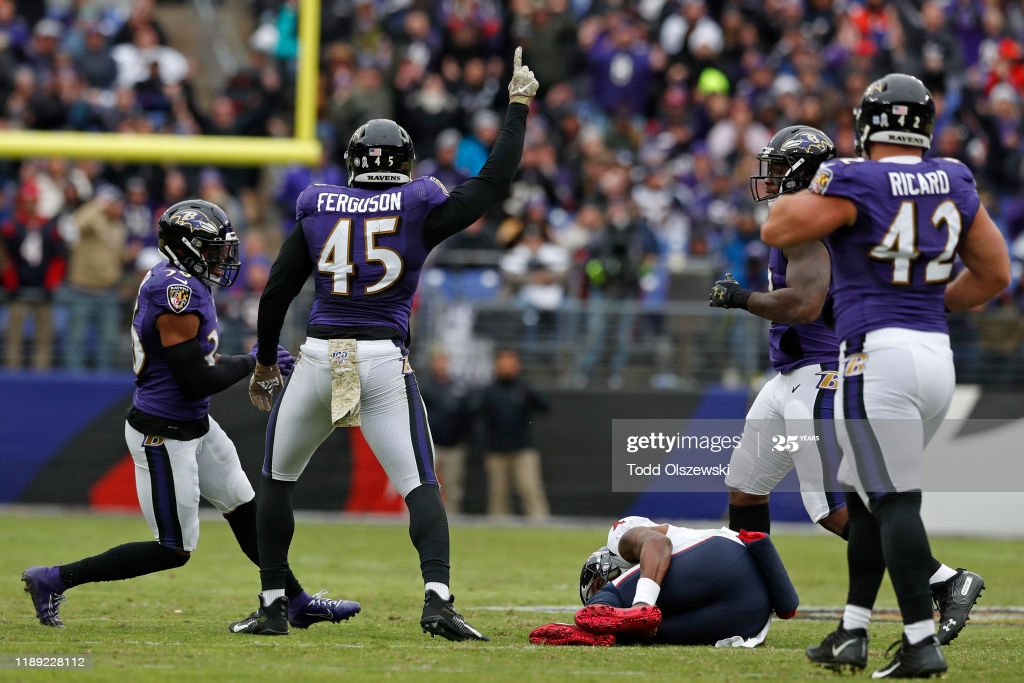 The Baltimore Ravens have added a whopping six more players to their Reserve/COVID list as their locker room is experiencing one of the worst outbreaks in sports during the pandemic.

That brings the Ravens up to 18 total players placed on Reserve/COVID either because of a positive test or close contact. It’s worth mentioning Holden was on the Ravens’ practice squad while Young and Dorsey were already on injured reserve for football-related injuries.

Of course, Pittsburgh is dealing with their own swift rise in cases. More players are expected to be added to their COVID list before Tuesday’s (presumed) game against the Ravens.

Other notable players on Reserve/COVID for Baltimore include: QB Lamar Jackson, RBs JK Dobbins and Mark Ingram, and OLB Pernell McPhee. Baltimore’s offensive line has taken the biggest hit. Their top two centers along with their starting right tackle have been placed on COVID. The team lost franchise LT Ronnie Stanley to an ankle injury in the first meeting against Pittsburgh. That inserted Fluker into the starting lineup after Orlando Brown Jr. shifted over to replace Stanley. Meanwhile, Ferguson had two sacks for the Ravens in ten games this season.