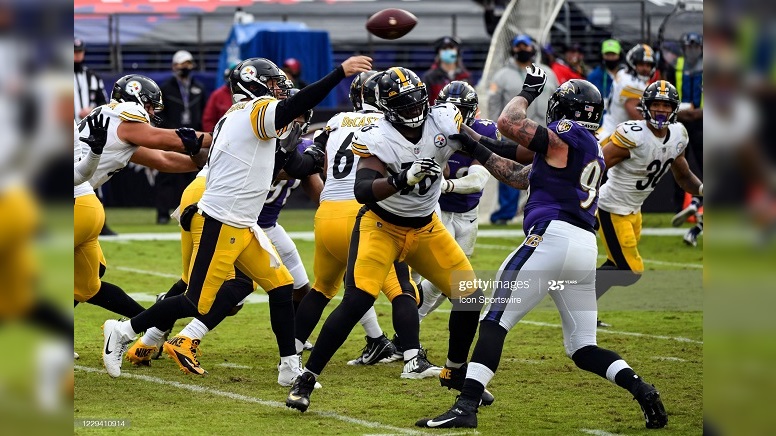 No small number of analyses predicted that a significant factor in last week’s game was going to be the Pittsburgh Steelers offensive line’s ability to handle the swarming Baltimore Ravens blitz. And rightfully so. The Steelers and Ravens bring pressure at a larger and more efficient clip than anybody else in the league.

The battle in the trenches largely played out as predicted. Lamar Jackson faced 13 blitzes on 37-total dropbacks. Moreover, he faced pressure in 20 of his dropbacks. On the other side of the ball, Ben Roethlisberger also faced 13 blitzes, on 34-total dropbacks. However, according to Pro Football Focus, Roethlisberger was only truly pressured eight times throughout the whole game, an indication that the Pittsburgh offensive line was the clear victor in the battle of the trenches. 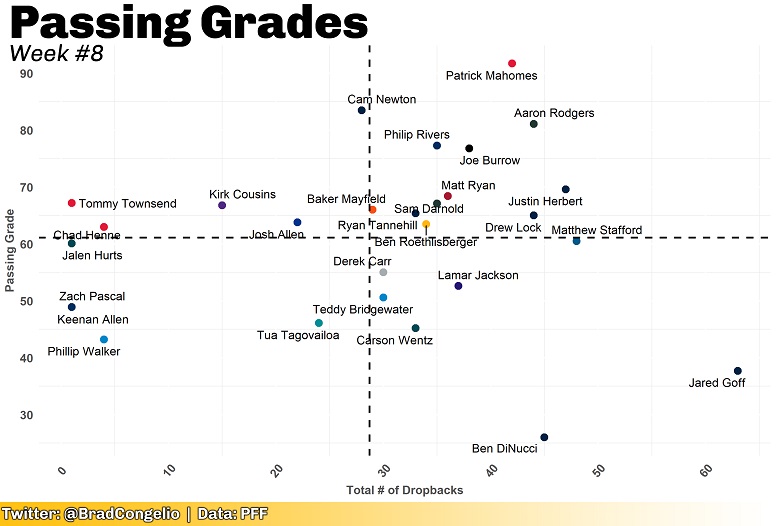 Perhaps more telling is how well Roethelisberger handled the pressure he did face. 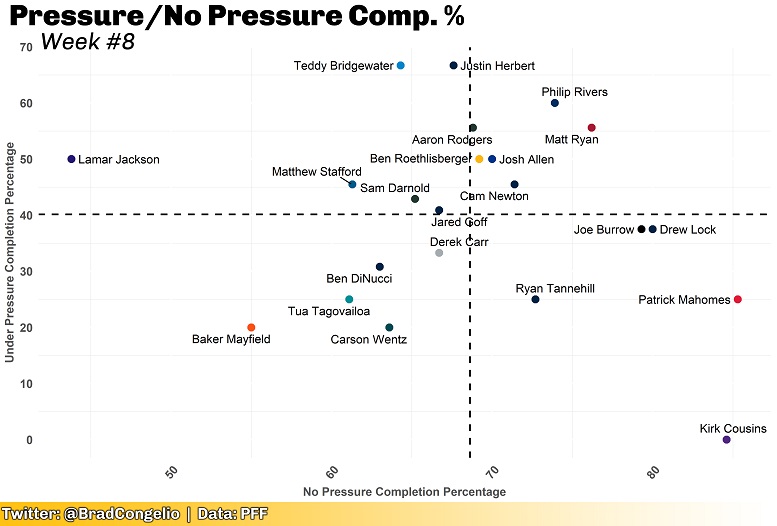 Roethlisberger did a fantastic job at getting the job done against the pressure he faced. According to the advanced metrics in the above graph, Roethlisberger again falls into the top-tier category at being effective and efficient in both pressure and non-pressure situations. In a related aside, Lamar Jackson’s position on the graph highlights how incredibly disruptive the Steelers defense can be. It is an oddity when a quarterback performs better under pressure but, considering Jackson’s ability to escape the pocket and turn the proverbial nothing into something, this is not entirely surprising.

Of course, Roethlisberger facing just eight pressure situations is in large part a testament to his offensive line successfully blocking 61-percent of the blitzes sent by the Ravens. Using the advanced data from PFF, we are able to explore which Steelers linemen performed best against the Ravens defense. 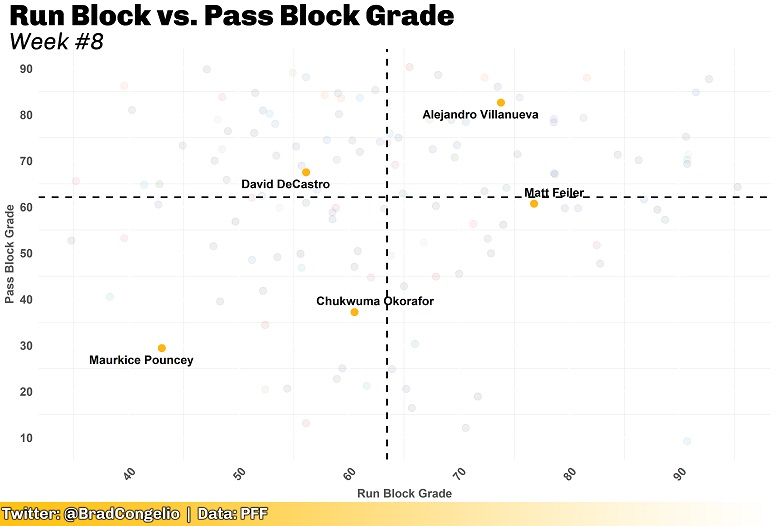 Maurkice Pouncey and Chukwuma Okorafor had, statistically, the worst performances against the Ravens. Pouncey’s performance is especially distressing, as it ranks near the bottom of all offensive linemen that played a minimum of 25 snaps in week 8. It was Pouncey’s second poor performance in a row, as his 29.4 pass-blocking rating against the Ravens barely eclipsed his 26.0 rating the prior week against the Titans. Pouncey, in the first five games of the season, averaged a pass-block grade of 67.3 Because of that, the slide into the 20s over the last two contests is a concerning trend for Pouncey.

David DeCastro and Matt Feiler performed well enough to weaken the Ravens’ pass rush, particularly DeCastro. Alejandro Villanueva was among the best all-around blockers in the league on Sunday, only allowing one pressure in all of Roethlisberger’s dropbacks.

All things considered, the ability of Pittsburgh’s pass blockers to slow to a crawl the Ravens’ pass rush is an outstanding sign for the remainder of the season. Unless there is a complete defensive shift among the remaining opponents, the Ravens are a step above in terms of the quantity and quality of their pass rush. Combined with above average, if not strong, pass blocking and Roethlisberger’s continued quick release, it is unlikely that any remaining opponents will be any more successful than the Ravens at pressuring and disruption.