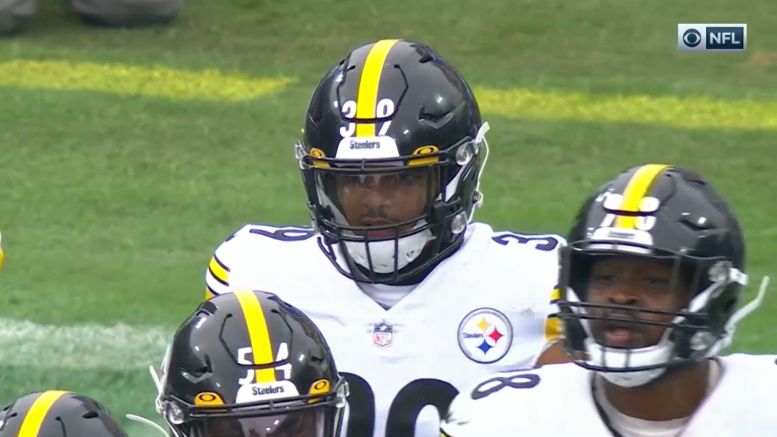 Minkah Fitzpatrick has been here for a little over a year now. They are 14-6 since his arrival, which in spite of the fact that they lost two of the first three games after he joined. The Pittsburgh Steelers, of course, are 6-0 with Ben Roethlisberger back under center this year, the second-best winning streak to start a season in franchise history.

And they are up against their steepest challenge yet, likely the most difficult regular season game they will play all year, that being the Baltimore Ravens on the road following their bye week, and themselves coming off a competitive and physical game against a previously undefeated team in the Tennessee Titans.

But the Steelers are built for this sort of environment from the ground up. That is Fitzpatrick’s observation as somebody who came in during the middle of a difficult situation and saw them turn things around before stumbling late, only to build back up and dominate this year. This is what he told reporters on Wednesday about the Steelers’ winning ways being rooted deep in the organization:

It’s culture. It’s a great culture. It starts from the top down from Mr. Rooney and Coach T to the OC and DC, to the coaches, to the players, to the assistants. It’s just the culture that they provide. I’ve been to places where it hasn’t been the same thing. Like I said, it starts from the top down. It’s just a winning attitude, their constant competitiveness. They’re never complacent, they’re never satisfied. They’re always working, transparent. So I think it’s an accumulation of all those things.

The Steelers’ most impressive feature in-game so far this season has been their ability to close out games. Of course it hasn’t been flawless. Even their late 7:38-minute clock-killing drive at the end of the Titans game ended in a red-zone interception, unfortunately, though they did manage to possess the ball for a 16-play, 82-yard drive just when they needed to.

They will certainly need to find their inner closers against the Ravens, who have a top 10 offense and a top 10 defense. The latter, in fact, is currently ranked first in the NFL in terms of points per game allowed, so they will put Pittsburgh’s relatively high-scoring offense to the test.