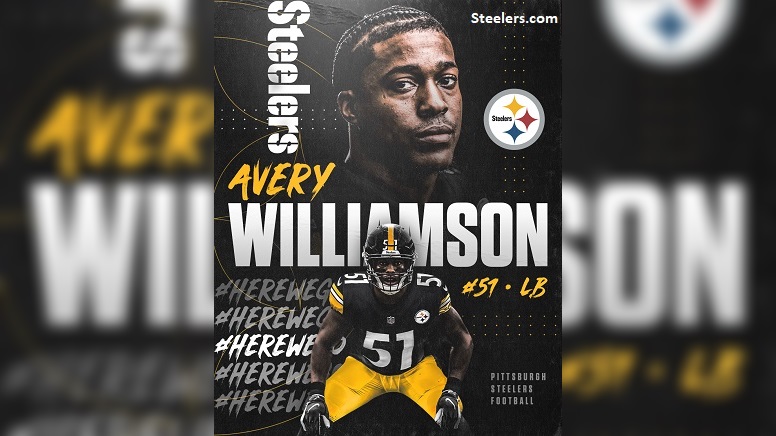 Avery Williamson is on the 53-man roster today. I don’t think that guarantees that he will be active for the game, however, especially in light of the fact that the Pittsburgh Steelers have elevated Antoine Brooks from the practice squad, and also activated two others to the 53-man roster in Jayrone Elliott and Trey Edmunds.

A veteran, experienced starting inside linebacker, Williamson just came over on Monday from the New York Jets in exchange for a fifth-round draft pick (with the Steelers also getting a seventh-round pick back as part of the deal). However, the team has made it clear that this wasn’t a move made with the idea that he would start.

“Everybody is aware of the loss of Devin Bush and the significance there, and really, we’ve done our due diligence in terms of acquiring players and developing those players so that we don’t miss a beat”, head coach Mike Tomlin said last night. “Well, in recent weeks since then, Ulysees Gilbert has had issues with his back and his availability has been spotty in that regard”.

“We just wanted to make sure that we remain insulated”, Tomlin said. “Avery Williamson is a quality professional football player, a known commodity, a guy with a legitimate resume. And he fortifies our depth at that position where if we sustained another injury, we’ll continue to be able to function in the manner in which we have”.

“And that’s very important, particularly at that position”, he continued. “And particularly with the many battles that lie ahead for us. Knowing that Devin Bush is not going to come back to us in 2020, we just felt it was necessary to get a quality player there, one that’s a known commodity, and he checks all those boxes”.

Despite the loss of Bush, the Steelers still have long-timer Vince Williams, back in the starting lineup, and for the past 10 quarterback, second-year Robert Spillane has been handling the bulk of the responsibilities. They have also been finding other ways to accommodate with different packages, particularly a dime look.

Is it possible that Williamson ends up starting over Spillane at some point this season? I suppose we can’t rule that out, though I wouldn’t be betting on it. But depth became razor thin very quickly, first with the loss of Bush, and now Gilbert sidelined, leaving only converted safety Marcus Allen. They’ve even only recently added a linebacker to the practice squad.