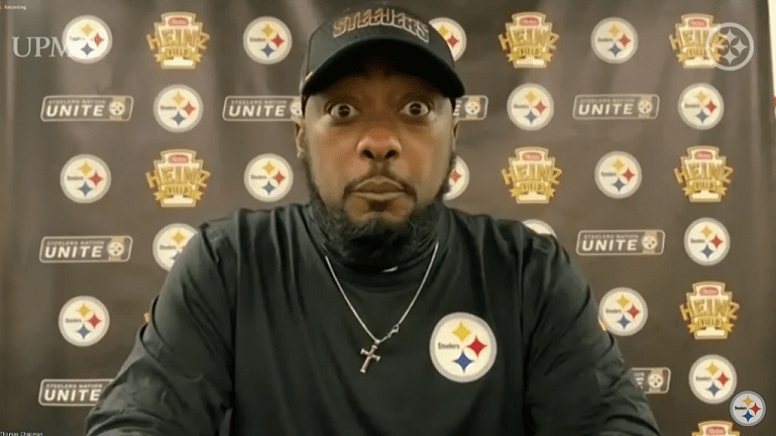 The notion that trap games exist in the NFL is extremely foolish. I’ve said that for years and there’s various articles you can find on the internet that back that up from a statistical aspect. Regardless, with the 9-0 Pittsburgh Steelers now being 10-point road favorites over the 1-8 Jacksonville Jaguars on Sunday, and with a Thanksgiving night rematch at Heinz Field against the Baltimore Ravens to follow in Week 12, all most fans want to talk about this week is how this Sunday’s contest in Jacksonville is a “classic trap game” for the visiting team. Much like myself, Steelers head coach Mike Tomlin doesn’t buy the silly NFL trap game narrative and he made that crystal clear on Tuesday.

“You know, I’m not into the trap game discussion,” Tomlin said on Tuesday. “I understand that that’s things that you guys like to talk about. But this is the NFL, and more than anything, the guys know my attitude regarding that. We are not a Big Ten team playing a MAC opponent this week. Every time we step into a stadium, we’re playing professionals; players, and coaches, and we’ve got a ridiculous level of respect for that. And so, you know, write your story, man, follow your storylines about trap games and things of that nature. We understand what we’re going into in Jacksonville, that that’s a group that’s trying to kick our butt, a professional group, a capable group, and we’re preparing with that understanding.”

Give Tomin one giant golf clap as I couldn’t have said it better myself. This is the NFL, not 2007 Michigan versus Appalachian State. That means the players are the best of the best and they’re paid professionals. If you believe the trap game notion in the NFL really exist, then there are 256 trap games in every NFL season. On any given Thursday, Sunday or Monday, any NFL team can beat another NFL team. End of story.

Have the Steelers had their fair share of road stinkers against teams they were heavily favored to beat under Tomlin? Absolutely. In fact, after the team’s close Week 9 road win against the Dallas Cowboys, a team the Steelers were double-digit favorites to beat, Tomlin is now 7-4 in road games that Pittsburgh were favored to win by 10 or more points.

So, how often do double-digit underdog NFL teams wind up winning those perceived “trap games?” So far this season, teams that are 10 or more-point favorites are 13-1, according to Pro Football Reference. The Kansas City Chiefs, the team with the second-best record behind the Steelers this season, are the lone losers in 2020 and that happened in Week 5 at home to the Las Vegas Raiders.

Dating back to the 2018 season, there have been 95 games that included a team being favored by 10 or more points and the underdogs in those games compiled a 14-81 record. So, yeah, big upsets in NFL happen and at around a 15% rate at that. Digging deeper into those big underdog wins, however, reveals that 12 of those 14 underdog wins came on the road in 79 total games.

Of the 24 games since 2018 that included a visiting team being a double-digit favorite, only twice has the underdog won. One of those two times was the Oakland Raiders upsetting the Steelers in Week 14 of the 2018 season, The Steelers were 10.5 road favorites in that contest, and they lost the game 24-21. Yeah, yeah, I know, that was a clastic trap game.

If the Jaguars beat the Steelers on Sunday it will likely be because Tomlin’s team turned the football over several times and gave up too many big plays on defense. It won’t be because the Steelers fell victim to any sort of a trap.