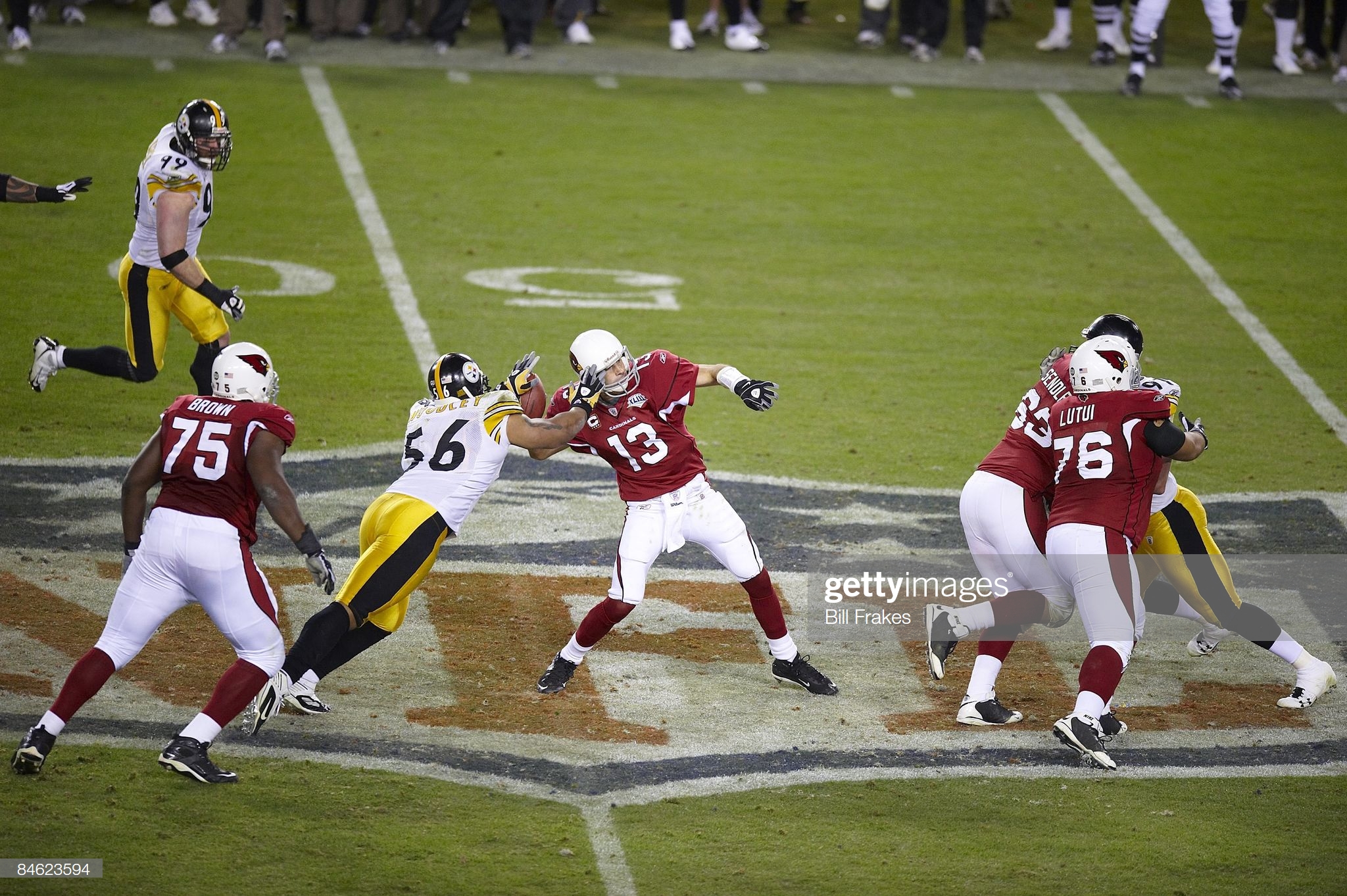 We all remember Super Bowl 43. James Harrison’s pick six. Santonio Holmes’ catch. And LaMarr Woodley’s strip sack of Kurt Warner in the final seconds preserved the victory. However, you might not realize just how key of a play that was.

Former Steelers’ OC Todd Haley joined The Zach Gelb show to share his perspective of Super Bowl XLIII. Haley was on the losing side of things, then the Arizona Cardinals’ offensive coordinator. Once he made his way to Pittsburgh years later, Hall of Fame safety Troy Polamalu told him that if Warner got the pass off, the Cardinals may have won the game.

“I got to Pittsburgh a couple of years later,” Haley told the show. “And Troy Polamalu telling me because we lined up for a hail Mary and Kurt ended up getting stripped sack. But Troy came to me my first day on the job and said, coach, Larry [Fitzgerald] had me boxed out. It wasn’t going to be good if that throw got thrown, which would have made it the greatest Super Bowl of all time. At least from my perspective.”

On the Steelers’ 44 with :15 seconds left and no timeouts, Warner went for broke. The Steelers sent only three: Aaron Smith, Brett Keisel, and Woodley. After running around for what felt like forever, Warner reeled back. But Woodley got to his arm just in time (Cardinals’ fans will tell you his arm was going forward) to knock the ball out. Brett Keisel recovered and the Steelers won their 6th Lombardi.

Unfortunately, we never got a look of what things looked like in the end zone. Even if Polamalu was boxed out, the Steelers dropped eight into coverage and there would’ve been plenty of time for teammates to rally and challenge the catch. But it’s a lot better we never found out what would’ve happened if the ball got in the end zone.

Especially given how dominant Fitzgerald had been. He had one of the best postseason runs of any receiver in football history. Four games played, four 100+ yard, 1+ touchdown performances. That included a 7/127/2 stat line in the Super Bowl loss to the Steelers. His 64 yard score with just over two minutes left forced Roethlisberger’s drive and Holmes’ catch. Without it, history would’ve forever remembered Fitzgerald running away from Ike Taylor and Polamalu. And had Woodley not gotten to Warner in the nick of time, we could be talking about a catch that even topped Holmes’ score moments before.