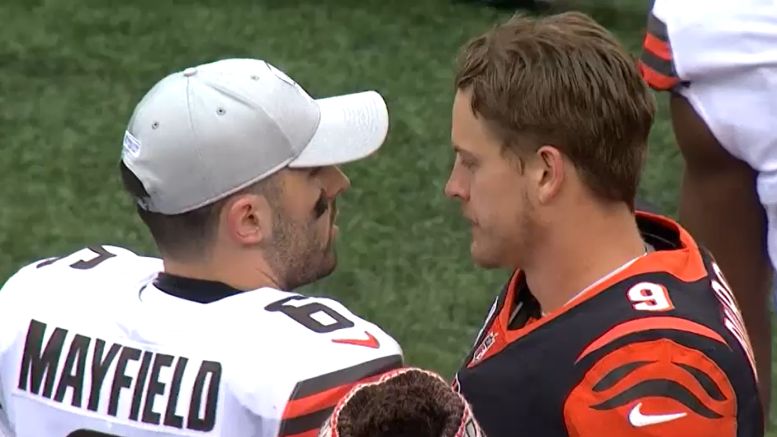 Cincinnati Bengals quarterback Joe Burrow has never known losing on the level that he has experienced during his rookie season after being selected with the first overall pick in the 2020 NFL Draft. He has now started nine games, and had gotten his team to a 2-6-1 record following a blowout loss on Sunday to the Pittsburgh Steelers.

During his final collegiate season at LSU in 2019, Burrow posted one of the great seasons in college football history, completing over 76 of his passes for 5671 yards with 60 touchdown passes to just six interceptions and a 202.0 quarterback rating. His team went undefeated all the way through the national championship game.

After the Bengals lost their first two games of the 2020 season, Burrow already began to talk about being in uncharted territory, saying that he had never lost two games in a row before at any level of the game. They managed to tie the following week, and then win after that, before losing their next three games.

Speaking to the media on Wednesday, the rookie quarterback was asked this very specific question: outside of the obvious wins and losses, how will you measure success over the final seven weeks of the season, for you personally and for the team?

His answer? “Wins and losses”.

Whether you’re a fan of the Bengals or not, you have to like that answer. He could have easily taken a different approach and noted his own statistical success, for example. He is on pace to throw for over 4000 yards. More specifically, he is on pace to throw for 4418 yards, which would set a new rookie record. Only Andrew Luck (4374), Cam Newton (4051), and Jameis Winston (4042) have ever thrown for 4000 yards as a rookie before.

Burrow did elaborate further when pressed, but merely expanded on his previous answer. “I think we have a chance to win some games here at the end of the year, and we all know it”, he said. “This stretch of games is exciting for us to build some momentum going into the offseason, but you don’t want to look ahead and think about the record at the end of the year. You just want to focus on getting better every day at practice and then performing well on Sundays”.

The Bengals do have some winnable games coming up against the NFC East, first facing the Washington Football Team on the road and then the New York Giants at home. They also still have games against the Dallas Cowboys and the Houston Texans remaining, in addition to rematches against the Steelers and Baltimore Ravens and the Miami Dolphins, who are a surprising 6-3.