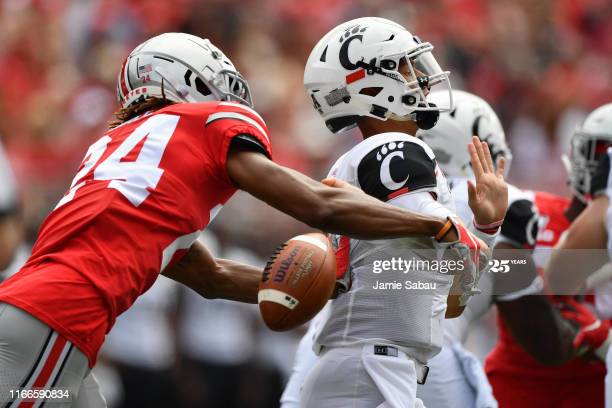 With a couple more days to kickoff than we expected, let’s take a look into the future and what might happen come Aprils’ NFL Draft. CBS Sports put together their latest way-too-early mock draft, giving the Pittsburgh Steelers a CB with their first selection.

Author John Edwards has the team selecting Ohio State CB Shaun Wade with the 32nd overall (the mock was based off current draft order) selection. In making the pick, Edwards writes:

“Shaun Wade had been slipping in draft projections because of a slow start to the season. However, he broke hard on a ball against Indiana and returned it for a touchdown over the weekend. It was essential in the Buckeyes staving off the upstart Hoosiers. Pittsburgh will need to replace Joe Haden and Steven Nelson soon. Wade can step in from Day 1 and start.”

The evaluation and projection here is a touch strong. Haden is getting older but will likely be a Steeler for at least another season while Nelson’s contract runs through 2021. They may have to replace those guys eventually, especially Haden, but not immediately. However, though he’s 6’1, 195, he’s played slot corner for the Buckeyes before, perhaps making him a nickel replacement for pending free agents Mike Hilton and Cam Sutton.

Still, Wade is a talented prospect and the 30th best player on CBS’ Big Board. A five-star recruit from Ft. Lauderdale, Dale has five career college INTs, including one in four games this season. Against Indiana, he jumped an out route and ran it back the other way for the score.

He’s also forced three career fumbles, proving to be a playmaker in several different ways. And of course, he’s a Buckeye, which would feel right at home on the Steelers’ roster.

Again, here’s a link to the entire mock.