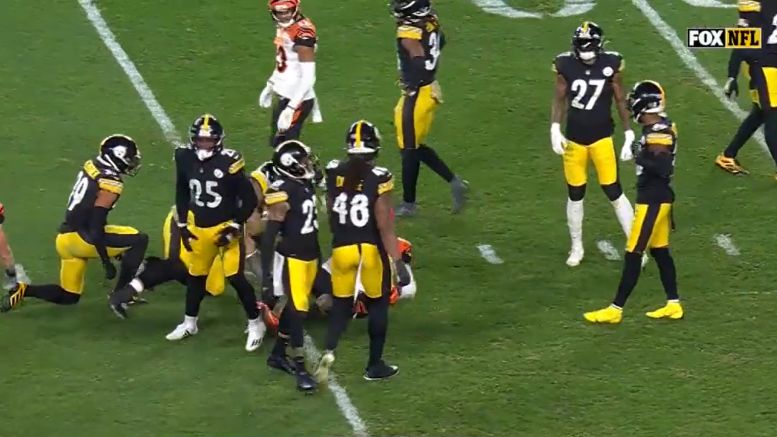 While sixth-round safety Antoine Brooks had dressed for two games, he did as a practice squad player who was given a standard elevation to be promoted to the active roster for those games, something that never existed before this season.

When he dressed and played on Sunday, though, he did so as a member of the 53-man roster for the first time. Even this has something of a caveat, however, as he was promoted to the 53-man roster as a Covid-19 replacement for fellow rookie lineman Kevin Dotson, who was placed on the Reserve/Covid-19 List—again, something that so far has been unique to the 2020 season.

By whatever means he got there, however, the point is that Brooks is here, and he played. In fact, surprisingly, he garnered a significant amount of playing time on defense, logging dozens of snaps against the Cincinnati Bengals. While this was due to injuries and the way the Bengals play, the Steelers wouldn’t have put him out there if they weren’t confident in him, something that cornerback Cameron Sutton echoed, calling him a “smart guy—smart and tough”.

“It’s preached not just through the team but through our position group. It’s just holding yourself to a standard, having the expectations for yourself”, he said. “And when you have smart and tough players who are willing to come in and listen, put them in the right direction, take criticism, and still be productive, that still says a lot about him”.

He went on to describe Brooks as “a guy who is very versatile, a very physical player, and very willing, a very hungry player. You start to see more of that with him getting a lot more snaps, and critical snaps at that. Snaps where we’ve got to get off the field. He played very well yesterday, and I’m excited for him going forward to continue to see him add on to what he’s been doing”.

It remains to be seen whether or not Brooks will retain his roster spot once Dotson and tight end Vance McDonald are activated from the Reserve/Covid-19 List, but I think there is a fair chance that he will be. Surprisingly, he didn’t play on special teams, but he did the week before.