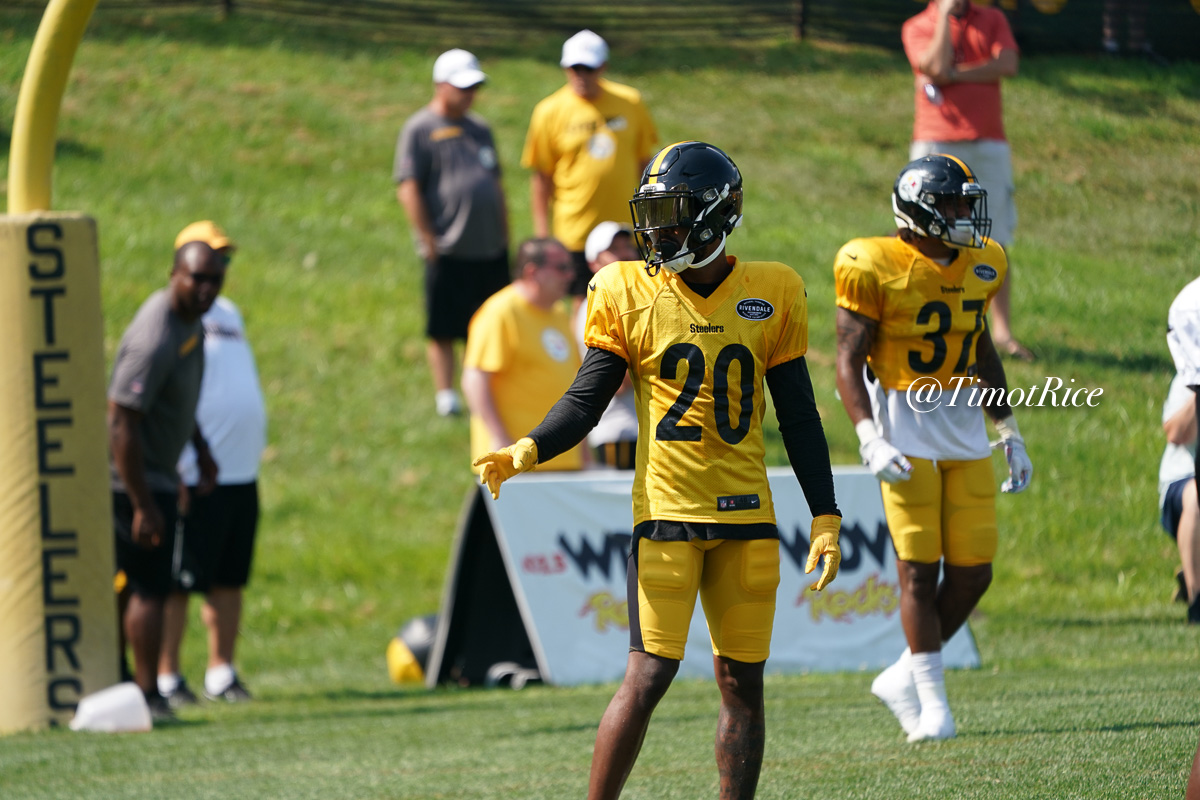 Cam Sutton is having a career year in 2020, slated to cash in as a free agent after the season. Earlier this year, there was about a 24 hour period where many Steelers’ fans thought Sutton wasn’t going to finish the season in black and gold. Cryptic social media posts, one including a peace sign, shortly before the trade deadline had Steelers’ Nation thinking he was on his way out of the city. Social media detectives did their worst Hardy Boys impression, painting a picture of a man about to be traded for Stephon Gilmore, a blockbuster deal that made no sense for anyone involved.

Of course, none of this happened. Sutton remains a Steeler and coming off his third straight game with a forced fumble, the first Pittsburgh DB to do so since Lee Flowers in 2000. Speaking to reporters Monday, Sutton for the first time was asked for his reaction and response to that social media firestorm

“I’ve got a life outside of football, you know what I mean?” Sutton said, laughing as the question was posed to him. “Stuff that don’t even pertain to football,. It’s a quick, simple explanation. Obviously, I love being here. [The posts] had nothing to do with the Steelers’ organization and really even anything  you’d be really talking about anymore.”

The case was already closed, the deadline passed, Sutton didn’t get dealt, and no reporter even said as much. This was wholly manufactured by the fan base. Like almost any collection of people, hive mentality was at play. One person suggests it, the rest of the world runs with it. As is most often the case, the simplest explanation was correct. Whatever Sutton was referencing, it had nothing to do with football.

There’s never been an indication Sutton wasn’t happy with the Steelers or vice versa. Sutton’s role has expanded the past two years and especially the last month with Mike Hilton sidelined by a nagging shoulder injury. Sutton’s versatility, football IQ, and progression have been critical for the Steelers’ defense. It’s allowed them to expand their personnel groupings with an effective dime package and plug holes when there are injuries.

Unfortunately, “where is Sutton going next” rumors may turn legitimate after the season. He and Hilton are slated to hit free agency. Hilton will get paid handsomely while Sutton is quickly building up his value. It’d be crushing if the team lost both guys and Sutton is the more realistic option to retain. He’d have extra incentive to stay as the team’s full-time slot corner in 2021. Still, nothing is guaranteed and like many units of this team (wide receiver, offensive line, pass rush) enjoy how well this group is playing while it lasts.