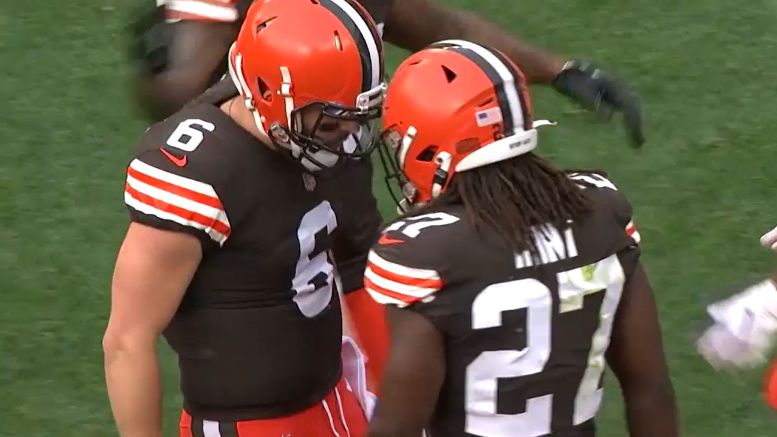 2020 is such a weird year that for Pittsburgh Steelers fans who just experienced a game being postponed twice, this past Sunday may not have even felt like there was football going on. I know that’s partly how it felt for me, but the reality is that the vast majority of teams played yesterday, even as the Steelers have to wait another day before making up the game that was supposed to occur on Thursday.

One of those games was the Cleveland Browns versus the Jacksonville Jaguars, who benched rookie Jake Luton after the Steelers made him look like a late-round rookie backup. Mike Glennon started against the Browns, and he actually put up quite a fight, nearly tying the game late in the fourth quarter, but in the end, Jacksonville lost its 10th consecutive game to drop to 1-10 on the year.

And, more significantly, the Browns moved to 8-3 on the season. This is not only their best record in decades, it is also the first time in 13 years that they have secured a season in which they would post at least a non-losing record. Between 2008 and 2019, they have lost at least eight and a half games (via a tie) in every single season since then, going 10-6 that year, and yet still missing the playoffs. It ends the second-longest streak of non-winning seasons in NFL history.

Not only have they secured a non-losing record, they are actually positioned very well to make the postseason. If the season ended right now, they would hold the fifth seed, or the top wildcard, a 8-3, with the 7-4 Indianapolis Colts and Miami Dolphins owning the sixth and seventh seeds.

In actuality, Cleveland is tied for the third-best record in the conference behind only the 10-0 Steelers and the 10-1 Kansas City Chiefs, and for fourth in the entire NFL, also behind the NFC South-leading New Orleans Saints, who improved to 9-2 by blowing out a Denver Broncos team that did not have a quarterback.

Unfortunately for the Browns, they still have a steep hill to climb if they wish to host a postseason game, which is something that they have been unable to do since 1994, and the last time that they have won a division, which at the time was the AFC Central, before North and South divisions existed, was in 1994 (before the 2002 realignment, a wildcard team would host a playoff game in the opening round). They won the wildcard game but lost to the Steelers a week later.

Although they have improved to 8-3 on the season, they have the second-lowest strength of victory of all teams currently with winning records, behind only the Dolphins. Cleveland’s strength of victory, which includes wins over the Jaguars, the Bengals, the Texans, the Eagles, the Cowboys, and the Football Team, is just .316. The Dolphins’ is .286 (the Steelers’, for the record, is .407, which is the fourth-lowest among winning teams right now, the Buffalo Bills being at .402).