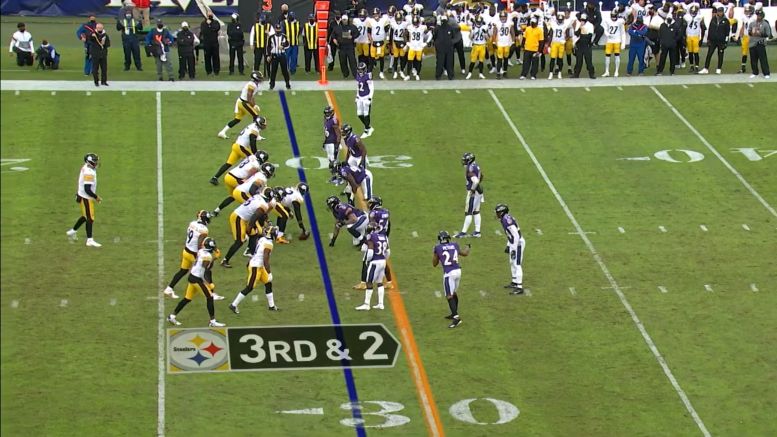 This is the 12th game that Ben Roethlisberger has played in Baltimore in his NFL career, including the postseason. Amazingly, it is only the second time that he was held under 200 yards passing, the first time coming all the way back in his rookie season, the first game of his career, in which he came in to replace an injured Tommy Maddox, only attempting 20 passes.

He came into this game with a 4-6 record in the road against the Ravens as a starter, and 4-7 overall if you include that game. His 182 passing yards are the fewest he has ever thrown in Baltimore in his career. But this is also just the third time in his starts that he has thrown multiple touchdown passes—coincidentally, having not thrown an interception in the other two instances as well.

And this 28-24 victory over the Ravens marks the most points they have ever scored in Baltimore since Roethlisberger was drafted, and the third-most ever. That is how tough these games typically are. Roethlisberger himself said that they turned to backyard football in the second half.

But that wasn’t entirely an accident. He said that it was partly a product of them using some personnel groupings that they don’t ordinarily run with, so they didn’t have a lot of set plays to run out of, so he was calling up plays on the fly and changing them at the line of scrimmage, all in an effort to keep the defense guessing.

“We threw a personnel group at them that we hadn’t done much before, with no backs and emptying things out, and it just created defensive looks and opportunities for us”, he told reporters after the game. “It’s just one of those things, just the way the game unfolded”.

The Steelers used a lot of empty sets in the second half, including a number of looks with James Conner and the other backs on the sideline. Typically, it was Ray-Ray McCloud on the field as the fourth wide receiver over James Washington, whom they perhaps preferred based on the matchup as a shiftier inside target.

“One of the things that that empty package brought was a lot of man” coverage, he said. “That’s what we were able to do, is get guys running and get guys open. Ray-Ray made a big play. Literally, I could talk about each guy, everybody made a play today in the second half tot help us win this”.

McCloud was originally signed in the middle of training camp and made it as the team’s kick returner. Since then, he has taken over punt return duties and is becoming increasingly involved in the offense, his specialty so far being the ability to draw penalties.

At the very least, this game showed that the Steelers have yet another arrow in their quiver in trying to be multiple and unpredictable on offense. Even if the first half was awful, if they can regroup, this is still a potent group.