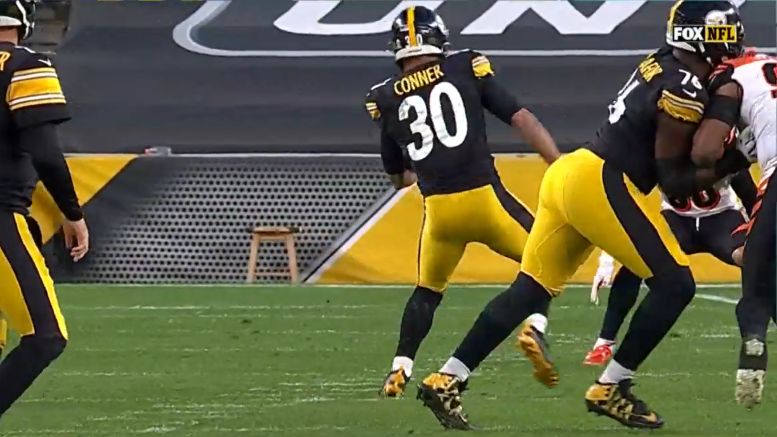 The Pittsburgh Steelers put 684 yards up on the ground over the course of the first five weeks of the season, averaging 136.8 yards per game. That was the ninth-most in the NFL out of all teams through their first five games of the season—and everybody outside of the top five that was ahead of them was all bunched in together.

Not only that, but they were running efficiently and effectively, averaging 4.3 yards per attempt and with seven rushing scores. That was tied for the ninth-most touchdowns, though they ranked a bit ahead of the middle of the pack in yards per carry.

Following yesterday’s 20-carry, 44-yard display—a season-low—the Steelers have accumulated just 232 total yards on the ground in the past four weeks, averaging an anemic 58 yards per game, and that is biased against the 94 yards against the Tennessee Titans. They’ve been under 50 yards on the ground in the other three. The question is, do these numbers matter? The Steelers are dead last in rushing over that span and averaging under three yards per carry with two scores—but they’re winning.

“I think you have to be able to do it when you need to do it”, quarterback Ben Roethlisberger said after the game about running the football. “Obviously, we didn’t run the ball well today, but we did other things well. We put points on the board. We scored when we needed to score. We converted when we had to do that”.

The offensive passing game was effective, particularly after a slow start, putting up 333 yards and scoring touchdowns four times. From the fifth drive on, he averaged 8.64 yards per attempt over his final 36 attempts, accounting for 311 of his passing yards and all four scores. Yet the ground game did almost nothing.

The Steelers showed through the first month of the season that they can run the ball. They even had four 100-yard games in the first five. The reasons that they have been unable to in recent weeks have been a multitude, but really, part of it is just because the passing game has been the more lucrative option.