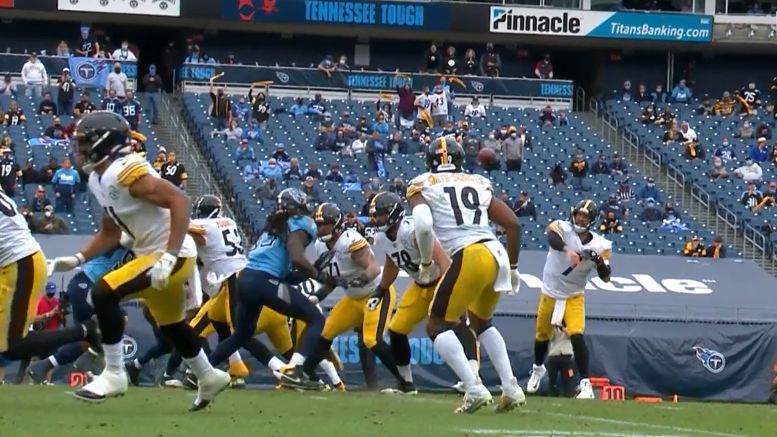 In matching up with the Baltimore Ravens, the Pittsburgh Steelers are about to tackle what will likely be their toughest challenge on the schedule in terms of winning one-on-one matchups with their wide receivers, as the AFC North’s second-ranked team possesses arguably the best cornerback group in the NFL.

And that’s with three cornerbacks already on injured reserve. But when your top two guys are All-Pros, you can afford to lose some. Marcus Peters was acquired via trade last year and has been balling since, while Marlon Humphrey, a former first-round pick of theirs, has really blossomed into a complete player as well.

With Tavon Young on injured reserve, long-time veteran starter Jimmy Smith has moved into the nickel role, playing on the outside while Humphrey kicks inside when they are playing with five or more defensive backs on the field.

Ben Roethlisberger on Wednesday talked about how this is the best group of cornerbacks they will face, and he may sure to include Smith in that conversation, who is actually playing at a high level despite the seemingly constant string of injuries he has dealt with over the years.

“Just some really good football players, ballhawks, guys that know how to play that can strip it”, the quarterback said. “There’s just a lot of challenges facing us this week in the pass game. That’s not saying that you have time to just sit and throw it”.

While he obviously has his favored targets—Diontae Johnson has certainly emerged as the number one, having been targeted an average of about 13 times in the games in which he has been healthy—Roethlisberger has been spreading the ball around pretty well this year.

And that has been a product of his looking for the matchups rather than the man. He has been able to hit a lot of first-read passes this season, and that is a credit to the talent that the team has at the skill positions when they have so many guys who and win their matchups.

But it’s also a tip of the cap to their game-planning and schemes, being able to get these matchups in place that are in their favor to win. That’s one of the reasons they have been able to be so quick with the release. And they’ll need that quick-release passing to deal with the Ravens.