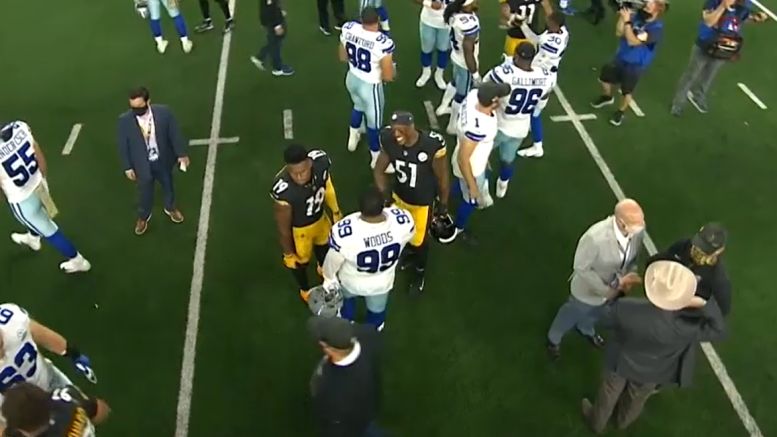 This week is something of a double-edged sword for Avery Williamson, at least until the dust settles, and it’s all related to the league’s Covid-19 protocols. Having come over from the New York Jets via trade last week, he was unable to get on the field and practice with the team because he had to clear the testing protocol. He dressed for Sunday’s game, but did not play.

This week, the Pittsburgh Steelers are actually dealing with a positive Covid-19 case, with Vance McDonald testing positive. Four players, including starting inside linebacker Vince Williams, were among those placed on the reserve list as high-risk close contacts, which requires that they self-isolate for five days since their last contacted with the infected individual.

In other words, with Williams out of practice, there would be plenty of high-quality starter reps for Williamson to be taking during the work week. But he is not altogether clear on when, because of the intensive protocols the team has to follow this week after their infection, he will get a chance to be on the field, or how much. He has already gone through a week of virtual learning, and admitted that there is no comparison to the ‘real’ thing.

“No, it’s not. It’s definitely not. It’s not the same”, he told The Fan yesterday about working virtually versus getting on the practice field. “I’m definitely hoping that we can get out there and actually be on the field and run through the stuff. But any type of learning is good, so we’re just gonna have to take what we can get at this point and just go from there”.

The reality is that the Steelers can have a setback at any point, already knowing that they have had Covid-19 in their locker room—and remember, a non-player staff member also tested positive on Saturday. The incubation period is very much an open window right now.

But at least Williamson won’t have to worry about learning multiple positions. “The two inside linebacker positions are pretty much interchangeable”, he said. “I mean, it’s pretty much the same in and 3-4 defense, so that’s a good thing. It’s not like it’s a huge difference. To know one, you’re pretty much gonna learn the other one”.

Will he get on the field on defense against the Bengals? That remains to be seen. Tomlin did say that he anticipates the seven-year veteran getting a lot of work in practice, and it’s not as though they don’t have recent experience getting a player ready to play—to start even—within a week of having acquired him via trade.