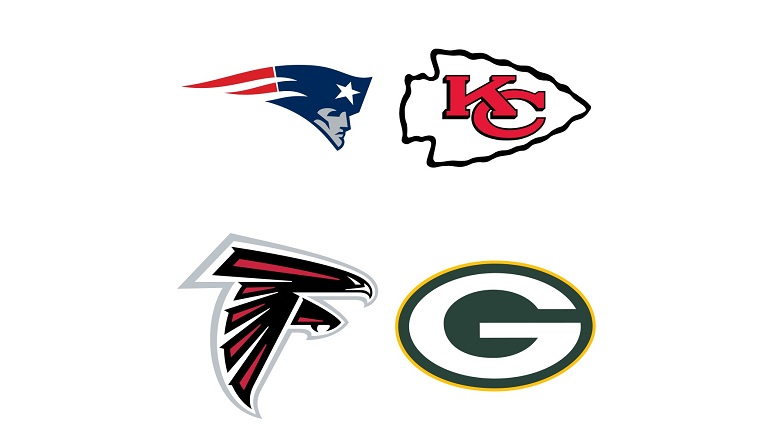 Week 4 of the 2020 NFL regular season will come to a close on Monday night with two televised games.

The first of the two Monday night games has the (2-1) New England Patriots playing the (3-0) Kansas City Chiefs at Arrowhead Stadium. The Patriots won’t have quarterback Cam Newton (COVID) or running back Sony Michel (quad) for this Monday night game as both are now on the appropriate Reserve/Injured lists ahead of this Week 4 contest. Veteran quarterback Brian Hoyer is expected to start for the Patriots against the Chiefs.

In the Monday night nightcap over on ESPN, the (3-0) Green Bay Packers will host the (0-3) Atlanta Falcons at Lambeau Field. This matchup features quarterbacks Aaron Rodgers versus Matt Ryan.

We have a long night of football ahead of us and as usual, I will try to add a few videos to this post as the games progress. Below are the inactives for the teams as well.

Have a great Monday night and thank you to all for visiting the site and chatting.