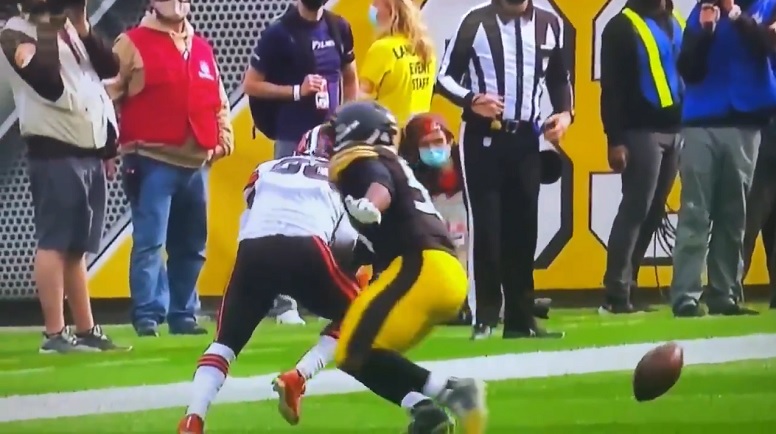 The Pittsburgh Steelers beat the Cleveland Browns on Sunday at Heinz Field and they did so quite easily. In the win, however, the team has seemingly lost inside linebacker Devin Bush for an extended amount of time, and perhaps the remainder of the season, to a left knee injury that he suffered late in the first half.

Steelers head coach Mike Tomlin said after Sunday’s win against the Browns that Bush suffered a significant knee injury. He was replaced in the game by inside linebacker Robert Spillane. Spillane played well in relief of Bush.

Initial reports indicate that Bush suffered a torn ACL in his left knee, which would match Tomlin calling the injury significant.

Initial prognosis on Devin Bush's injury is an ACL tear. Team fears it is season ending. Will determine the full extent after an MRI test, which they plan to get done tonight

Also injured during the Steelers Sunday win were center Maurkice Pouncey (foot) and cornerback Mike Hilton (shoulder). Both are being further evaluated, according to Tomlin

“Devin Bush appears to have a significant knee injury,” Tomlin said. “He’s being evaluated. Pouncey went down with a foot. He was able to get through the majority of the game with it, but we pulled him at the end, as you guys saw him come off. And Mike Hilton has got a shoulder that needs to be evaluated.”

Pouncey, who also failed to finish the teams Week 5 game because of a foot injury, was replaced again by J.C. Hassenauer. With Hilton sidelined for a portion of the second half, cornerback Justin Layne plated some in the team’s dime defense with cornerback Cameron Sutton replacing Hilton in the defense.