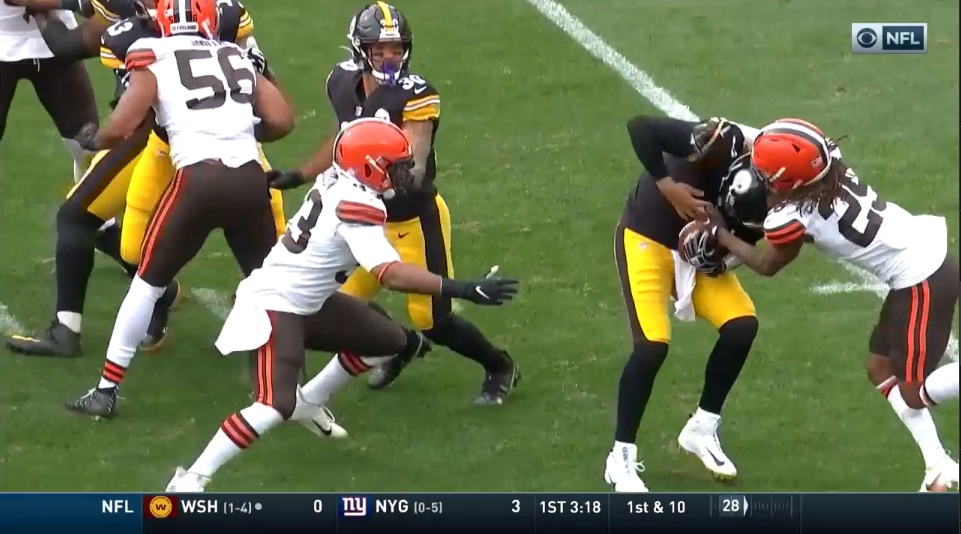 Recapping and assigning blame for two sacks Ben Roethlisberger took in Week 6’s win over the Cleveland Browns. Let’s check it out.

Browns showing a heavy blitz look pre-snap. Mugging both A gaps with linebackers, hard to tell whose coming and whose going.

They ultimately drop the ROLB and bring everyone else. Steelers half slide, Maurkice Pouncey, Kevin Dotson, and Chukwuma Okorafor to the right, Alejandro Villanueva and Matt Feiler to the left, but in hindsight, they needed a full slide. End up being outnumbered on the right side. Dotson and Okorafor are correct in blocking down, have to work inside/out in pass pro. Ditto with James Conner taking the other blitzing ILB not picked by Maurkice Pouncey. Tough spot for the Steelers’ offense. 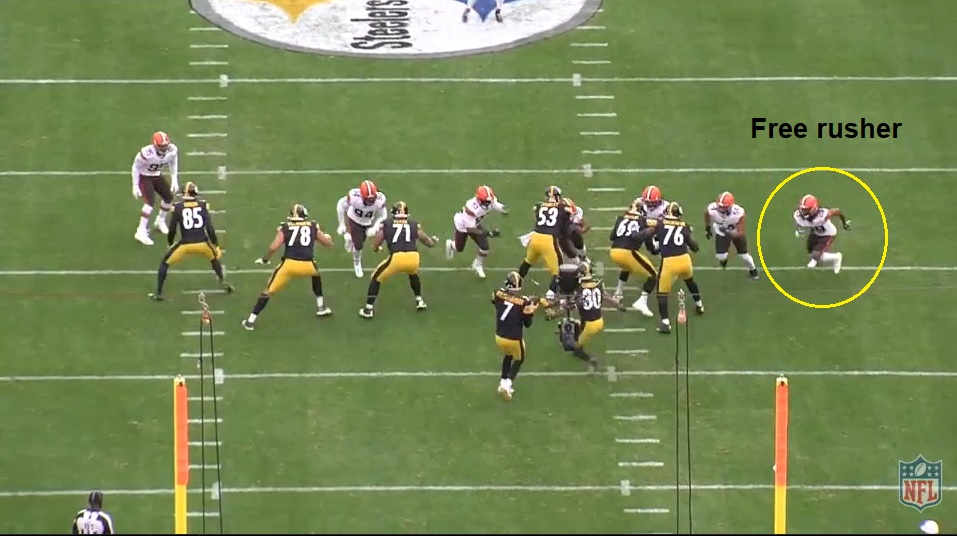 But there are some things Pittsburgh could’ve done. Sheldrick Redwine is the man who came in free but Roethlisberger is able to shake him off. It was LB BJ Goodson who actually recorded the sack, thanks to an underwhelming blocking attempt by James Conner. He struggles to get square and stick to this block. 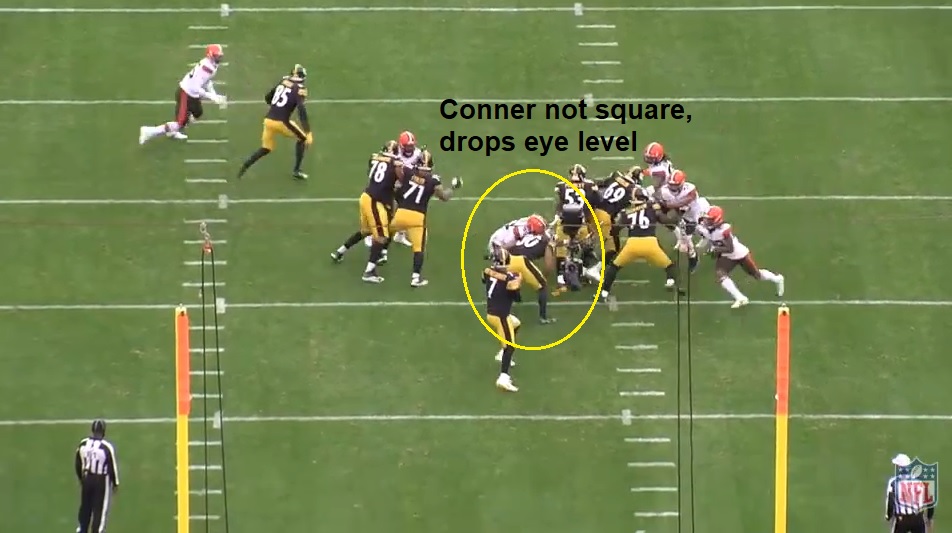 And anytime you’re facing a heavy pressure look, you have to have something built-in “hot.” Meaning, the ball coming out quick if you’re outnumbered and don’t have enough blockers to handle their rush. And that doesn’t really exist there. Eric Ebron is running a slant and the ball probably should’ve gone to him but Roethlisberger never looks that way, locking onto the longer developing routes to the outside. 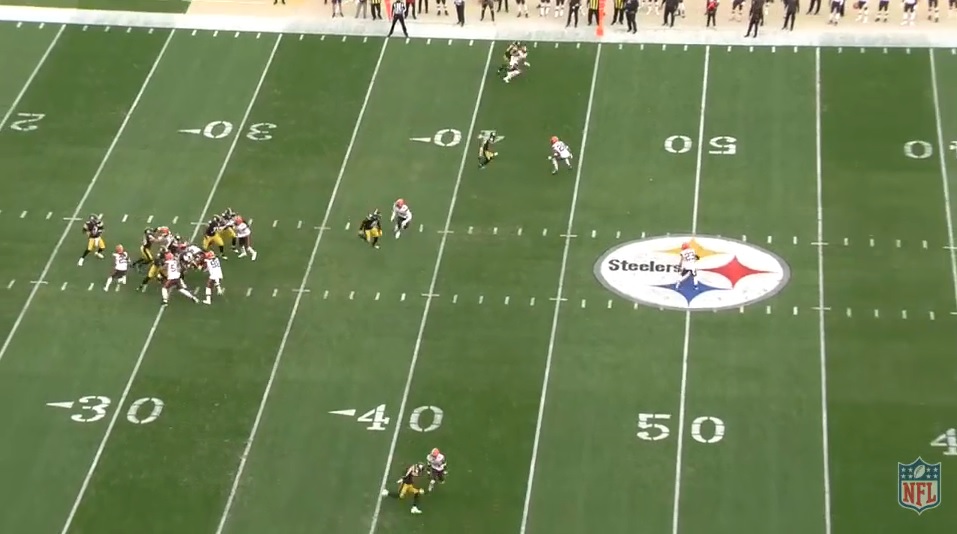 Credit to the Browns for a good scheme. But Conner’s block was poor and Roethlisberger needed to find a way to get the ball out quicker, handling that either pre or post-snap. 3rd and 9 throw short of the sticks and giving your guy a chance to make the play is sure better than a sack.

Blame: Half on James Conner, half on Ben Roethlisberger

Never fun to give up a sack when you’re +2 in blockers against their rush. Browns are running a stunt between #65 Larry Ogunjobi and #95 Myles Garrett against Dotson and Okorafor. Never gets passed off at all. Ogunjobi does a nice job of not tipping his hand early on the stunt. Design allows Garrett to slant first and Dotson doesn’t start sliding down until Garrett’s already through.

Garrett splits the two of them, works his way past Conner and quickly throws Roethlisberger down. One other element to consider here is Alejandro Villanueva. His man, #54 Oliver Vernon, walks him back on the bull rush and it does constrict the pocket. I dinged RT Chukwuma Okorafor for similar last week. But the difference is Okorafor had a soft inside shoulder that gave his defender the clear path to the QB. Villanueva stayed square to his man the entire time. You could argue Villanueva should get charged for at least half a sack but he stayed on his block, his man never touched Roethlisberger, and Garrett’s impact on this play is obviously much greater.

Good scheme here from the Browns. This is tough on Dotson and Okorafor. As I often do with failed stunt pickup, I put half the blame on each man.

Blame: Half on Dotson, half on Okorafor