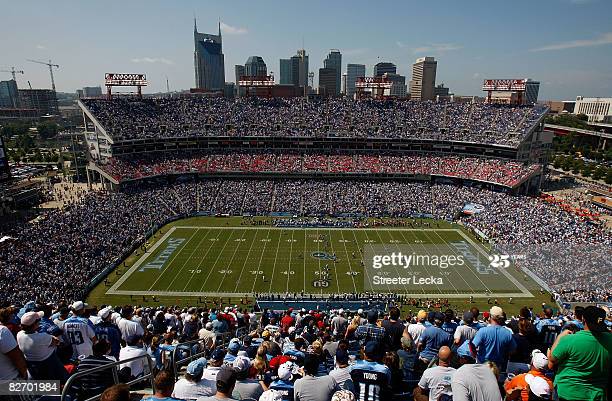 The NFL made every effort to reschedule the Steelers/Titans postponed Week Four game, pushing it back to Week 7, but they may not do the same this weekend if Tennessee’s unable to play the Buffalo Bills. According to ESPN Insider Dan Graziano, it’s possible the team will have to forfeit if the game can’t be played this weekend.

.@DanGrazianoESPN just said on ESPN's @GetUpESPN that Sunday's Week 5 game between the #Bills & #Titans could go down as a forfeit for Tennessee instead of it being re-scheduled

The Titans looked to be turning the corner after two days of no positive tests but two more players tested positive for COVID Wednesday morning, according to Graziano.

Two new positive tests for Titans this morning, per source. Their facility will not reopen today.

The league continues to investigate if the Titans violated protocols. Yesterday, Adam Schefter hinted at a heavy punishment headed the organization’s way.

“Investigating is what they’re doing in Tennessee, and Tennessee’s going to pay the price for it,” Schefter said. “Tennessee’s in trouble.”

Speaking to reporters this morning, Ben Roethlisberger admitted the Steelers are “getting the short end of the stick” for having their schedule rearranged on short notice.

Overall, this isn’t news Steelers’ fans will want to hear should the Titans indeed forfeit their game against Buffalo. It’s unclear how close that is to reality, one would think the NFL will do everything in their power to avoid setting the precedent of a forfeit, but if they feel Tennessee flouted protocol and lack a good Plan B option, a forfeit could come into play for essentially the first time in NFL history.