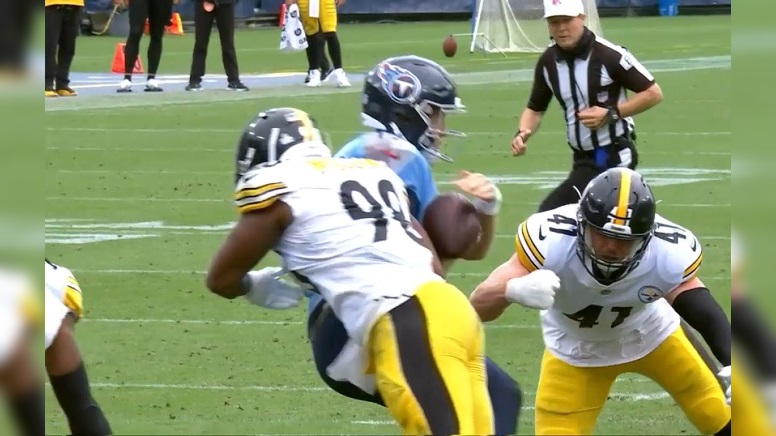 Heading into the Pittsburgh Steelers Week 7 Sunday game against the Tennessee Titans, all the talk seemed to be about inside linebacker Robert Spillane and how he would play in place of injured starter Devin Bush, who was lost for the remainder of the 2020 season in Week 6 due to a torn ACL. While Spillane ultimately represented himself well against the Titans on Sunday, fellow Steelers inside linebacker Vince Williams was the defensive player that stood out the most in a positive way in that contest as he registered 10 total tackles, two tackles for loss, a sack and a quarterback hit.

On the heels of Williams’ standout performance against the Titans, Steelers head coach Mike Tomlin was asked during his Tuesday press conference to identify what the veteran inside linebacker has done to turn himself into a better all-around player at his position.

“You know, Vince is really consistent,” Tomlin said of Williams. “I don’t know that that he’s all-around better, I think he’s getting more opportunities this year. He was part of a three-man rotation a year ago, if you remember, with he and Devin Bush and Mark Barron, and really he’s not a part of a rotation this year.”

Tomlin certainly was on the money with that response. Last season, Williams played third fiddle to Bush and Mark Barron and it resulted in him playing just 396 total defensive snaps in the 14 games he dressed for. This season, with Barron no longer on the team and with Bush now lost to injury, Williams has already logged 276 total defensive snaps played on his way to registering a team high 32 total tackles through six games played.

Williams already has 12 tackles for loss on the season as well and he and Steelers outside linebacker T. J. Watt are both currently tied for the NFL lead in that statistical category entering Week 8.

Williams has become one of the league’s most ferocious push rushing inside linebackers over the course of the last several seasons and running backs visibly don’t want anything to do with him when he comes through the middle of the offensive line. Whenever a running back or tight end does attempt to block a pass rushing Williams, that player usually winds up getting the worst of the confrontation.

Williams’ mere presence near the line of scrimmage prior to the snap of the football on pass plays usually alters protection calls and a lot of times results in Watt or fellow outside linebacker Bud Dupree being the beneficiary of being single blocked. Ask Watt and Dupree what they think about Williams’ play the last few seasons. They’ll likely admit to Williams helping them increase their sack totals.

Williams is also so incredibly good against the run and that is not anything new. He takes on lead blockers perhaps better than any inside linebacker currently in the NFL and his sacrifices show up in the stat lines of other Steelers defensive players.

Against the Ravens this coming Sunday, Williams will likely need to have another strong game for the Steelers to come away with a key AFC North road win. The Ravens love to use heavy personnel groupings to power their running game and that matches up to Williams’ strengths. Tomlin is aware of that as Week 8 gets underway.

“In the spaces that he plays, he’s been in all-down-in-every-situation player, and he’s playing at a high level for us,” Tomlin said of Williams on Tuesday. “He’s playing like a veteran who has experience and know-how should play.”