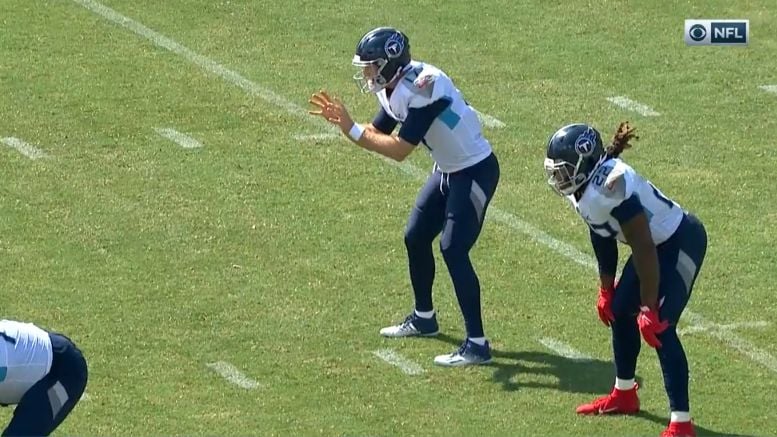 The Pittsburgh Steelers had one clear priority as they entered today’s game, and that was to minimize Derrick Henry. Overall, they did a reasonable job of it, limiting him to 75 yards on the ground on 20 rushing attempts. They even stuffed him at the goal line once, though he did get in two plays later.

The key entering the contest for Mike Tomlin was to dominate the ball to keep it out of Henry’s hands. That means protecting the ball on offense, winning possession downs, and extending drives. They did this—for about 29 minutes, before the plan started to unravel. But perhaps it got them off tot a good enough start that it allowed them to ride out a rough second half.

“We talked about the importance of minimizing him, and from that standpoint it was similar”, Tomlin said after the game, “but we didn’t do anything that we don’t normally do. We played the defenses that we normally play. We’ve just got to defeat blocks and make tackles, and try to prevent him from falling forward”.

“Particularly from an attrition standpoint over the course of the game, you felt that”, he acknowledged. “You felt him getting going, and that was troublesome. But that’s just the attributes that they bring and that he brings, so that’s why it was important that we got started early”.

And they did. They opened the game with a 16-play, 100-yard touchdown drive that took up over nine minutes of game clock, overcoming two penalties on Chukwuma Okorafor that amounted to 25 yards, and which took one touchdown on first and goal from the one off the board.

This was preceded by the rare decision on Tomlin’s part to opt to take the ball to start the game, for a team that almost always chooses to defer. Asked why they chose to do that today, he quipped, “we wanted to answer all questions from you guys about how we start the game. So we took the ball, we went down the field and scored a touchdown, so now you guys can stop asking me about it”.

He may be in a bad mood about it, but the reality is that it was their first opening-possession touchdown in 23 games, dating back to the 2018 season. Yes, they played almost all of 2019 without Ben Roethlisberger, but that’s a lengthy stretch no matter who is under center, and it was the longest in the NFL until they snapped it today.

A defensive three and out gave the Steelers the chance to capitalize again, with another lengthy drive that culminated in a touchdown and a 14-0 lead. By halftime they built a 24-7 lead in a game that would finish 27-24, that early production turning out to be vital, and which largely kept Henry out of the game—which was the plan.