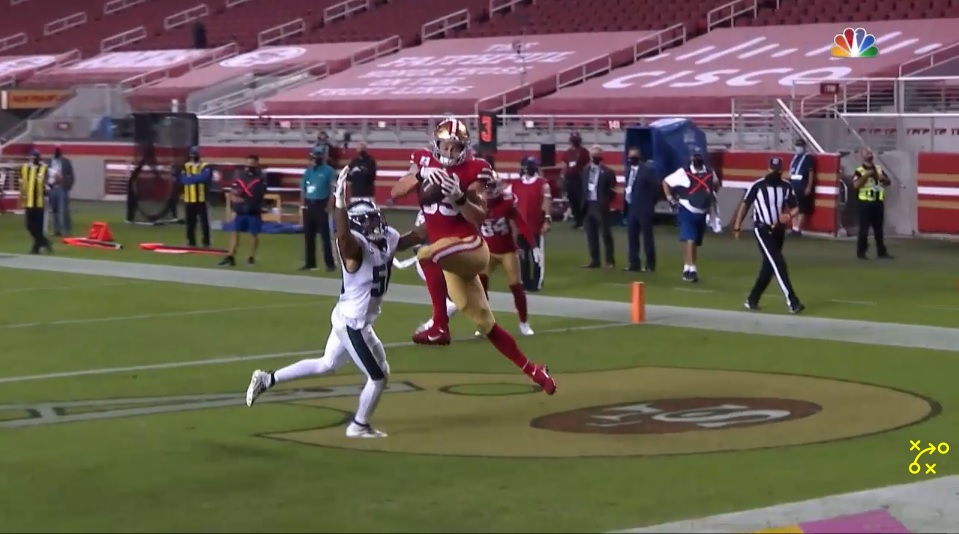 After an unplanned bye week, the Steelers are rested up and ready to go again in week 5 against Philadelphia. The Eagles are coming off 2 straight weeks without losing as they tied the Bengals in week 3 before beating the 49ers on Sunday Night Football in week 4. As you can imagine for any team that is 1-2-1 through the first quarter of the season, it hasn’t been a very pretty start for the team at the other end of the Pennsylvania Turnpike.

A large part of the Eagles’ problems stem from injuries, with numerous starters being moved to IR or missing significant time. Their quarterback, Carson Wentz, has also been under loads of scrutiny this year with accuracy issues and taking too many unnecessary sacks. As of last Sunday that still hasn’t been completely shored up, but my matchup to watch this week is actually on the other side of the ball for the Eagles.

Philadelphia’s defensive numbers have been surprisingly good this year carried by their strong defensive line including ex-Steeler, Javon Hargraves and perennial All-Pro, Fletcher Cox. They’re only allowing 5.1 yards per play which is good for 4th in the NFL and are also leading the league in sacks with 17. Where their defense has truly struggled is their linebackers, especially in coverage. The Eagles have given up 7 passing touchdowns this year and 5 of them have been to tight ends. This opens up an opportunity for the Steelers to continue to get their tight ends worked into this passing game. Eric Ebron and Vance McDonald made their first real impacts against the Texans as they combined for 8 catches, 87 yards, and a touchdown.

After losing starting linebackers, Jordan Hicks, Nigel Bradham, and Kamu Grugier-Hill, in back-to-back free agencies, the Eagles continued to neglect the position leaving only Nate Gerry, TJ Edwards, and Duke Riley heading into 2020. Now, TJ Edwards was also placed on IR following the 49ers game leaving a relatively unknown, Alex Singleton, to fill the void. Gerry and Riley in particular have struggled mightily in coverage. Per Pro Football Focus, heading into the week 4 matchup Gerry had been one of the worst cover linebackers in the NFL allowing 13 of 13 completions for 158 yards and 2 touchdowns when targeted.

Gerry has been the source for many of Eagles’ fans’ frustrations as he constantly seems to be out of position or simply not being able to finish plays. Tweets like the one below are a trendy bit right now in the Eagles twitter community.

The Eagles are on defense. What the hell is Nate Gerry doing? pic.twitter.com/khXr0cK3Ts

On a more serious front here’s a better example to show how frustrating Gerry has been. He’s initially sucked in by playaction fake but the true frustrating part is him simply running with no true purpose in his zone with his back to the quarterback.  The ball is thrown right past his shoulder for a touchdown when he could have had an easy pass breakup or best case scenario, an internception.

49ers head coach, Kyle Shanahan, is one of the best offensive minds in football, especially when it comes to finding an exploiting mismatches in his game plan. It was obvious early in the game he wanted to take advantage of the Eagles’ undisciplined linebackers. The below play is one of the first drives of the game and it could have been an easy first touchdown if the 49ers backup QB is able to hit the throw. This is a play that many at first glance would assume this is Gerry (#47) blowing an assignment, but upon review you can see TJ Edwards (#57) actually bites hard on the run fake leaving the fullback wide open down the numbers.

49ers superstar tight end, George Kittle, also proved to be a handful for the Eagles’ defense catching 15 of 15 targets for 183 yards and a touchdown on Sunday Night Football. No one will be mistaking McDonald or Ebron for Kittle, but they offer more than enough to exploit Philadelphia’s linebackers.

If the Steelers can find a way to put the Eagles linebackers in tough positions like Duke Riley in the below clip the tight ends could end up with a massive game. This is a similar issue the Steelers faced against Denver with Devin Bush having to cover corner routes from a normal linebacker alignment. If Devin Bush isn’t athletic enough to make it work a lesser athlete like Duke Riley surely shouldn’t be expected to either.  Shanahan and the Niners made sure to take advantage for the TD.

Forcing the Eagles’ linebackers to cover man-to-man as well as attacking their middle zones has to be a focus this week for the Steelers offense. It’s the clear weakness for Philadelphia and with more new faces at that spot this week, I don’t think the problems will be fixed anytime soon. The Steelers tight ends should feast and look out for Randy Fichtner to motion running backs like James Conner, Jaylen Samuels, and Anthony McFarland out of backfield to take advantage of those man-to-man matchups with linebackers. If the Steelers can successfully do that it’ll hopefully let Ben Roethlisberger get the ball out of his hand quickly, keeping the Eagles’ sack-hungry defensive line at bay.