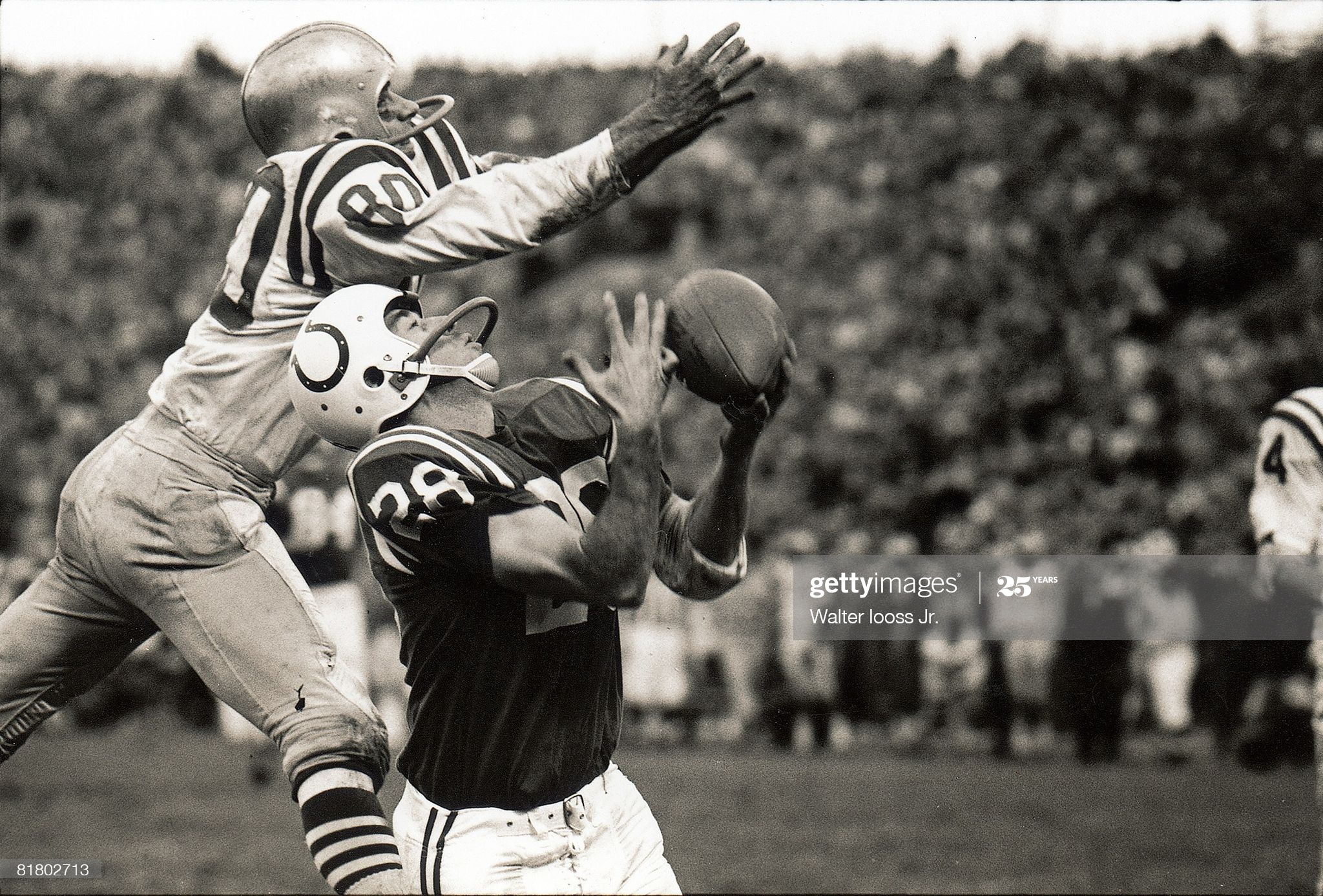 Until 2017, when JuJu Smith-Schuster recorded 917 receiving yards on 58 catches, Jimmy Orr owned the Pittsburgh Steelers’ first-year record for receiving yards, and he wasn’t far behind, finishing his own first season with 910 yards. What makes that particularly impressive is that it happened back in 1958. And they were playing 12-game seasons back then.

Orr was originally drafted in 1957 by the Los Angeles Rams in the 25th round, but would never play for them. He made his NFL debut for the Steelers the following year, winning the Offensive Rookie of the Year Award with 33 catches for 910 yards and seven touchdowns—averaging 27.6 yards per reception, which is the second-best mark for a single season in NFL history. He passed away at the age of 85 on Tuesday.

While he would become best known for his 10 years spent with the Baltimore Colts, culminating in their Super Bowl V victory—and with Earl Morrall infamously missing him open in Super Bowl III, the AFC’s first victory courtesy of the New York Jets—he held a Steelers record for nearly 60 years.

Over this three seasons with the team, he caught 97 passes for 2055 yards with 16 touchdowns. He also had 108 rushing yards on 14 attempts, making the Pro Bowl in his second season. He would earn two Pro Bowl trips in all, and a first-team All-Pro designation, leading the league in yards per catch three times as one of the game’s preeminent deep-ball threats.

By the time he retired, Orr ranked eighth all-time in receiving yards. At that time, Don Maynard was the only player in NFL history to reach 10,000 yards. Lance Alworth, Raymond Berry, Billy Howton, Tommy McDonald, Art Powell, and Bobby Mitchell were the only other players ahead of him.

He also ranked seventh at the time of his retirement in career receiving yards, and he was only two behind Berry’s 68 for fifth place, Gary Collins one ahead of him for sixth. The top five consisted of Maynard and McDonald (84), and Alworth and Powell (81).

What Orr accomplished in his era, then, was remarkable, and certainly should be remembered. And for Steelers fans, they certainly should remember that he got his start in Pittsburgh. It took Smith-Schuster 59 years and a season that was four games longer before they finally snapped his rookie receiving record.