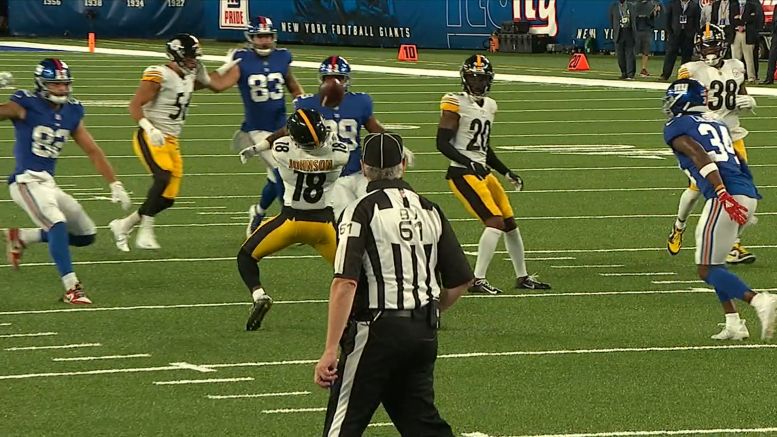 Topic Statement: Given his injury history and Ray-Ray McCloud’s success, the Steelers should start taking Diontae Johnson off of punts.

Explanation: Diontae Johnson is a very talented player but has had a history of injuries dating back to rookie minicamp. He already has two concussions in his playing history and many nicks and bruises, though he has yet to actually miss a game. He suffered an injury returning a punt on Sunday.

Most teams take their star players off of return duties when they establish themselves on offense. Johnson is more or less close to that point, especially given the relative youth of the team’s wide receiver position right now.

Johnson was targeted 23 times in the first two games of the season, the second-most in the NFL behind only DeAndre Hopkins. Injuries have kept him out most of the past two weeks. Exposing him to additional harm given the many nicks and bruises he has sustained in his year-plus in the league doesn’t seem to make a great deal of sense in light of the fact that they have a viable alternative.

Ray-Ray McCloud completely changes the discussion. He has been a successful returner for the Steelers so far this year, including filling in as punt returner for Johnson while he has been injured. This isn’t a Ryan Switzer situation. There is another legitimate threat.

While it is true that Johnson has a concerning injury history, only the latest ailment has come via special teams. It is an outlier and the team should not overreact to it. The fact is that Johnson is the Steelers’ best punt returner and it is also something that he generally wants to do.

It is, by and large, a small role to begin with. Typically, he will only return two or three punts in a game. And he will surely be advised to play conservatively and signal for fair catches when he is at risk. Johnson does have some troubles with muffs as well, but McCloud fumbled five times in limited opportunities his first two seasons. Just because he hasn’t fumbled yet in Pittsburgh doesn’t mean you want to give him more chances to do so. A muff on a kick return is much less dangerous than one on a punt return.