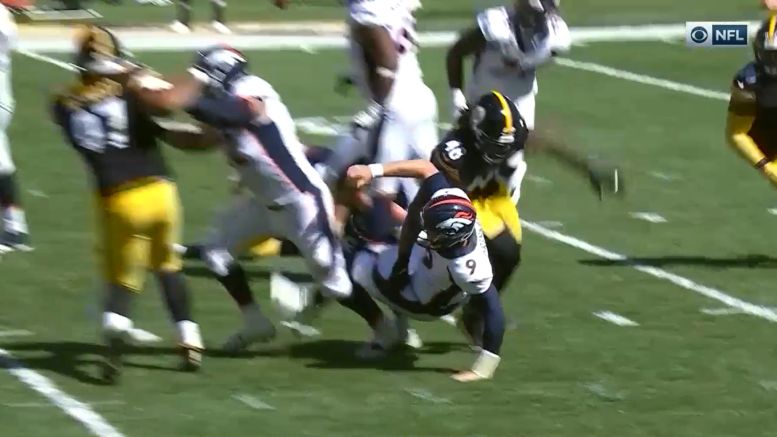 The Pittsburgh Steelers didn’t want to have their bye this past week—for multiple reasons. First and foremost, it wasn’t planned that way, so suddenly discovering that you’re on your bye week halfway through isn’t exactly doing anybody any favors—except perhaps the coaches, who got in an extra practice or two as a result, perhaps.

More pragmatically, a bye in week four means that you have 13 more weeks of regular season football prepare for, both mentally and especially physically. That is quite a toll to put on your body without a respite, though they will have a bit of a break between weeks 12 and 13 since they’ll be playing on Thursday.

Still, again, it’s not what the team was expecting, and certainly not what they wanted. The scheduling change was thrust upon them when their scheduled opponents, the Tennessee Titans, suffered a Covid-19 outbreak that rendered it pragmatically impossible for the game to be played this week.

The upshot of it is that they now have their bye in the rearview mirror with 13 games to go, instead of in week eight, almost right in the middle of the season, which would have been their preference, as Dupree admitted to reporters (and to nobody’s surprise).

“We would typically like to have that bye towards the middle of the season, just for our body’s sake”, he said. “Our bodies really aren’t banged up right now. Our legs may be tired, but as far as your body and your mental state, we’re still ahead of the curve and we’re still ready to go”.

Generally, if you only get one pause, you’d like to have it when it is most advantageous, and not before you truly feel as though you could really benefit from a break. This team was energized, relatively healthy, and ready to keep rolling when the impromptu bye week landed at their feet.

On the bright side, however, it means that they don’t have to go anywhere for a while. After two straight home games, they now actually have two more at Heinz Field. They were scheduled to travel to Tennessee for that game.

Now they’ll have been in Pittsburgh for five consecutive weeks, which I’m guessing is pretty rare as far as scheduling quirks go. There is a certain advantage in that as other teams spend their time working out the bugs involved in traveling during a pandemic.