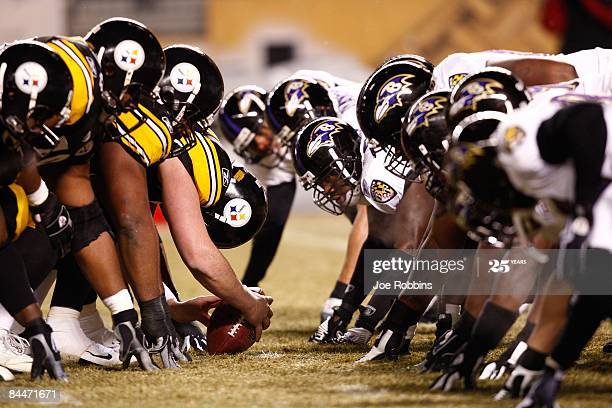 Few people can speak to the origins of the Steelers/Ravens rivalry like Bill Cowher can. He was the team’s head coach at the start of the rivalry a few years after Baltimore came back to the NFL in 1996. He joined Inside Access’ Jason La Canfora and Ken Weinman to talk about the history of these two teams.

“The first three years really wasn’t much of one,” he told the show of the rivalry. “I think I’ll always remember the first game of the 2000 season. Baltimore came up to Pittsburgh and beat us 16-0. And Shannon Sharpe at the time…said there were a lot of issues in Pittsburgh. We went back down later that year and I think the last game the Ravens lost that year was to us in Baltimore. They went on to win a world championship but we beat them 9-6. I’ll always remember getting ready to leave the postgame press conference and I turned around and said, oh by the way, tell Shannon Sharpe everything is just fine in Pittsburgh.”

As Cowher said, Baltimore took it to Pittsburgh in Week One, blanking them 16-0. The Steelers were held to just 12 first downs and 223 yards of total offense as QB Kent Graham completed fewer than half his passes and tossed one interception. Jerome Bettis’ wheels spun nowhere, carrying the ball nine times for eight yards.

Cowher’s memory is strong in recalling the rematch. Pittsburgh got their revenge in Week 9 with a 9-6 win, a 6-6 tie broken late in the third quarter by a 24 yard Kris Brown field goal. Ravens’ QB Trent Dilfer’s final pass on 4th and 10 was incomplete, batted away by DB Ainsley Battles.

Hines Ward scored the only TD of the day from 45 yards out deep down the right sideline.

As Cowher said, it was Baltimore’s last loss of the season, riding a historic defense to a Lombardi.

“And I think from that day on, it kinda just turned into one of those rivalries. We were the two best teams in the division. We were going back and forth. We really mirrored each other in terms of two teams who were identified by playing outstanding defense and being able to run the football. It was one of those games where you buckle up your chinstrap an extra notch. It was going to be a physical game. We never put pads on during the course of the week. I wasn’t worried about us hitting that Sunday. It was a game where two teams respected each other but there was a genuine dislike for one another.”

The rivalry today isn’t as strong as it was in the mid to late 2000s and early part of the past decade. Still, it’s one of football’s best matchups and some day, guys like Ben Roethlisberger and Cam Heyward will share the stories Cowher did this week.