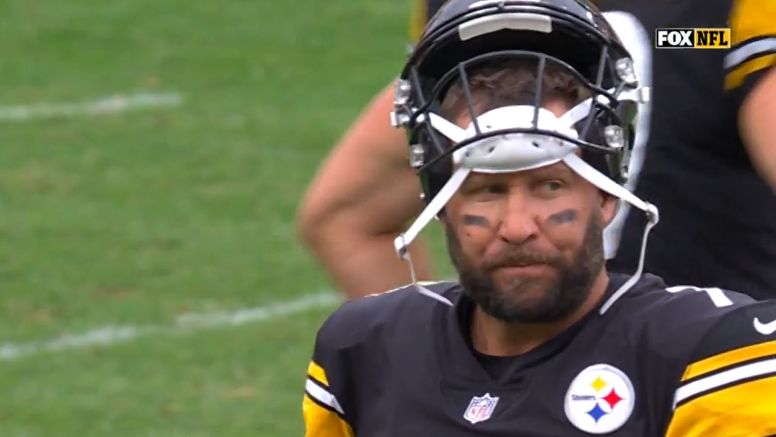 For a team that just outlasted everybody else in the race to stay undefeated, the Pittsburgh Steelers are sure focused on their imperfections this week. It helps that their sixth consecutive victory to open the season proved to be a narrow one after the Tennessee Titans nearly closed a 20-point gap, but players have been expressing their season-long discontent with the areas in which they would like to improve.

After all, the Steelers have only one win this season in which they won by more than 10 points, and that would be the game before last, a 38-7 blowout against the Cleveland Browns, which got ignited with a Minkah Fitzpatrick pick six against a run-first team without its leading rusher.

Sunday’s win over the Titans, however, was also the first in which they lost the turnover battle, and they lost it in a landslide. The Steelers did not record a single takeaway, but Ben Roethlisberger was picked off three times—twice in the end zone, and a third time on a tipped pass, of which he has six on the season.

Speaking to reporters earlier today, the veteran quarterback made it clear that this is a team that remains hungry for improvement, even as they continue to win. “I think we have a long way to go”, he said when asked about how close he feels the team is to playing a complete game.

“We are still trying to improve every week. It starts with me. I have to get better, and I’ll keep trying to do that. But it’s not going to be any easier this week because we are facing on of the best defenses in the game”, he added.

Obviously, Roethlisberger needs to protect the ball better than he did last week, but the Steelers’ skill position players also put the ball on the ground twice against the Titans. They were just fortunate enough to be able to recover both.

On the other side of the ball, the defense has only produced two forced fumbles over the course of the entire season so far, and they are one of only six teams with one or fewer fumble recoveries so far this year.

And they are about to face the Baltimore Ravens, who lead the league with eight fumble recoveries so far this season. Marlon Humphrey by himself has forced four fumbles already, something I’m sure JuJu Smith-Schuster isn’t looking forward to hearing about.

As far as special teams goes, there have been some gaffes there, including muffed punts. They have already made a switch at the punter position. but Ray-Ray McCloud has been a bright spot, for sure. He is averaging 26.3 yards per kick return and 18.1 yards per punt return.