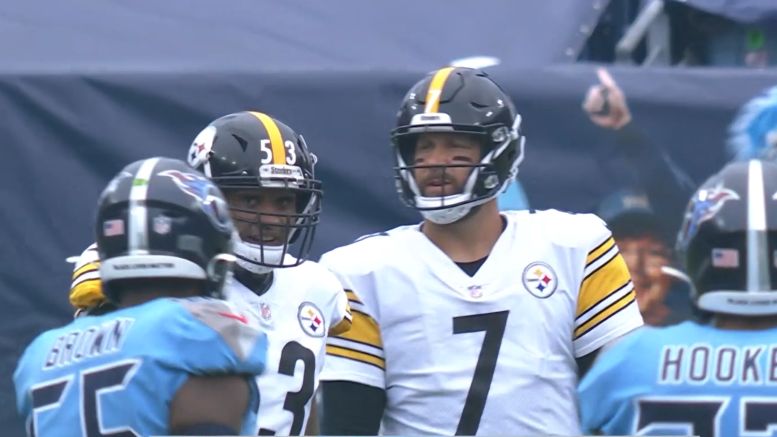 It’s very rare for the Pittsburgh Steelers to win the coin toss and then subsequently choose to receive the opening kickoff. Almost always, they choose to defer to the second half, preferring the momentum that they can build by finishing the first half with possession and getting it right back in the second.

They really botched that sort of momentum on the day, ending the first half with an interception, but they were successful in getting out to a hot start. In fact, they scored on each of their first four possessions, including three touchdowns, and that was vital, considering they only managed to add one field-goal drive for the remainder of the game.

Quarterback Ben Roethlisberger was asked before the game about why they opted to take the ball to start the game today, a deviation from their norm, as they set to kick off against a high-scoring Tennessee Titans offense.

“I came into this game and told Coach Tomlin, we’re gonna take the ball, we’re not gonna defer”, he said. “We knew they’d probably take it first, so we were gonna get the ball first. We told all the guys last night, this is what we’re gonna do, we’re gonna have the ball, let’s go down the field”.

“We knew our top 10 was gonna  be a lot of throws”, he said, referring to the 10-15 scripted plays that teams draw up to start games, “and we went down the field and put together a pretty complete drive out there on that first drive”.

It took converting some 3rd and longs, and the first play of the game was a tipped pass, but it all worked out in the end, with a touchdown pass to Diontae Johnson and a 7-0 lead. They jumped out to a 14-0 lead, after building a 10-0 lead early last week.

“It was a combination of feeling good about the script, but also knowing that they’re a team that lives by time of possession, lives in playing with the lead”, Roethlisberger said about the Titans. “We wanted to take the ball and do everything we could to go down and score to give our defense a leg up in terms of what they may do on offense”.

None of this should be surprising, of course. It’s exactly what you want to do against a very successful offense whose identity is built around controlling time of possession with the running game. They were able to keep Derrick Henry out of it for much of the game, holding him to 75 yards rushing over 60 minutes.

Of course, they have another run-heavy offense on deck in the Baltimore Ravens, their third in a row. They’ll want to get off to another fast start, as they have the past two weeks, to try to make them as one-dimensional as possible. It will be much harder to do than in these last two games.