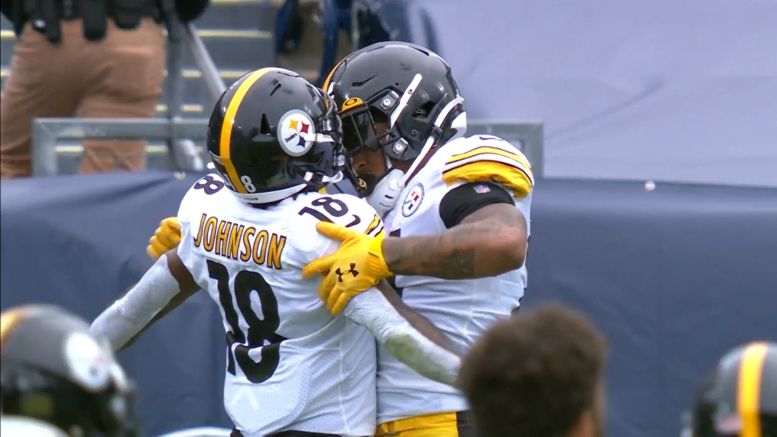 Reasoning: Although he finished the game nicking up his ankle, he did so making a crucial play for the offense, one of several on the day, as he finished with career single-game highs of nine receptions with two receiving touchdowns. He also had 80 receiving yards, the fourth time in his career and second time this season he has reached that mark.

Sunday was a welcome return for Diontae Johnson, the second-year wide receiver who had missed basically 10 of the previous 12 quarters due to injuries. He suffered a concussion in the second quarter of their third game a back injury early in the fourth game, which caused him to miss the first game of his career in week six.

He played just 25 total snaps over that three-game span due to injury, amounting to one reception for minus-two yards on three targets. That was after a career game in which he caught eight passes for 92 yards and a touchdown.

Would he be rusty or sluggish in his first game back after missing so much of the past month of football? He responded with nine receptions, the most in a single game of his career, for 80 yards, plus two receiving touchdowns, the first such game of his career.

We are still seeing some things that need to be cleaned up, like slipping on routes and being on the same page with Ben Roethlisberger. These factors were integral in several of the six incompletions that went in his direction.

But he also caught six passes for first downs, five of which just so happened to come on third down. Five third-down conversion receptions in a single game, one of which put up seven points on the board. Not a bad way to reintroduce yourself both to the offense, but to the fans as well.

It’s a shame that he suffered an ankle injury after making a key third-down conversion late in the fourth quarter, gaining eight on 3rd and 7, unable to finish out the game, but from the sounds of it, he should be fine to play on Sunday.