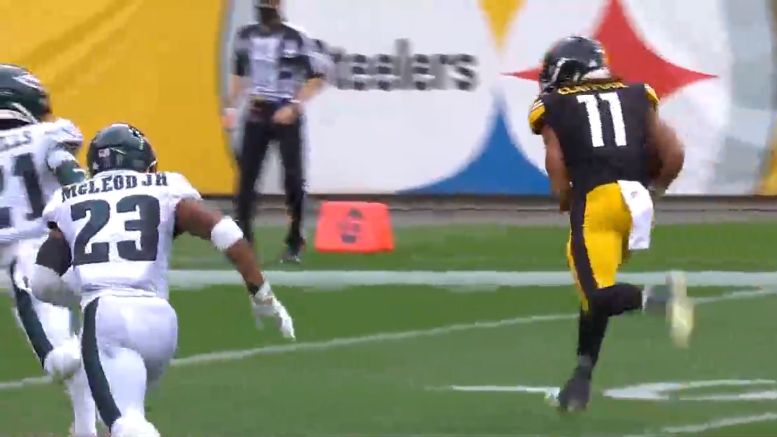 Question: What will Chase Claypool offer as an encore performance after his big outing last week?

In terms of individual questions, I think this is probably the biggest one on the minds of Steelers fans right now. Chase Claypool has the football world’s attention after being named the Week 5 Offensive Player of the Week as a result of his big four-touchdown showing last week.

He did that as a rookie wide receiver in the fourth game of his career with six receptions and seven touches to his name. He did have one long touchdown—the longest in the NFL this season on a reception—and a couple of big plays overall, but he was still largely new and teams are learning about him as they began scouting him for the week.

That won’t be the case going forward. You don’t go unnoticed after you score four touchdowns in one game. That just doesn’t happen. And the Steelers are facing a division rival today, a Cleveland Browns team that will have been well aware of whom the Steelers drafted back in April and what that means for their offense.

It is notable that they will be without Greedy Williams, one of their starting cornerbacks, who has missed all year so far, with Terrance Mitchell replacing him, at least somewhat serviceably. Should he be matched up often on Mitchell rather than Denzel Ward, he could see a lot of targets heading in his direction once again after getting 11 of them last week.