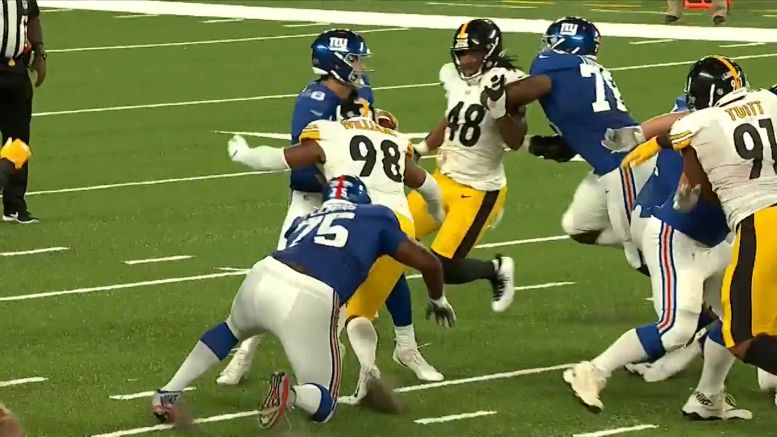 Question: How many sacks will the Steelers get against Carson Wentz and the Eagles’ offensive line?

There have been more sacks coming out of Pennsylvania than anywhere else in the world. Through the first quarter of the 2020 season, the Philadelphia Eagles lead the NFL with 17 sacks, but the Steelers are right behind with 15.

And it’s important to note that they have only played three games to the Eagles’ four, and haven’t had fewer than three sacks in any game. In their past two games, at Heinz Field, they have totaled 12 sacks, and are about to face a team that has surrendered 14 sacks on the year, the third-most in the NFL behind the Texans and the Bengals.

Nobody has been putting pressure on the quarterback this season the way the Steelers have, from the likes of T.J. Watt, Bud Dupree, Cameron Heyward, and Stephon Tuitt, not to mention prominent blitzers such as Vince Williams and Mike Hilton, each of whom have two sacks through three games.

With another home game served up against one of the most highly-sacked teams in the NFL, it would seem like a recipe for success. Add in the fact that the Eagles are on their third-string left tackle and their starting right tackle is managing an injury that caused him to be in and out of last week’s game, and it feels a safe bet to take the over of three sacks on this one (an over/under I just made up in my head, by the way).