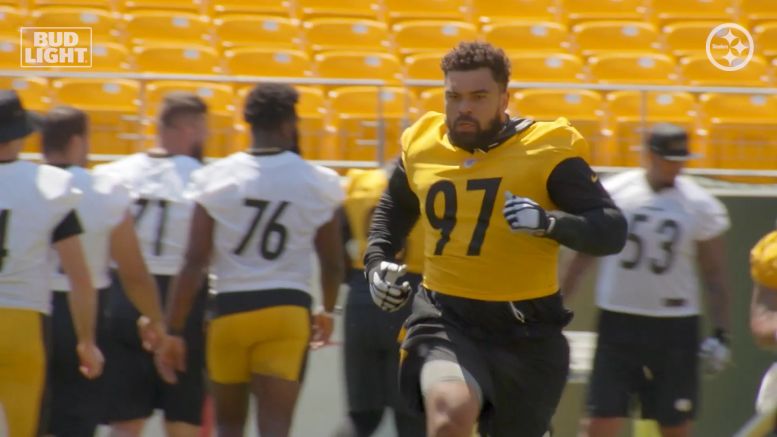 You don’t recklessly walk into a decision of giving a 31-year-old defensive lineman a four-year contract extension. You only do that when you believe he is a guy who can actually play five more years. The Pittsburgh Steelers believe Cameron Heyward is capable of that type of longevity, for one reason above all: consistency.

It’s a quality in his game and in his person that head coach Mike Tomlin talked about regarding Heyward as a defining trait earlier this offseason. Heading into the final year of his contract, he was the subject of frequent lines of questioning, but his new deal yesterday answers all question.

On and off the field, for going on a decade now, Heyward has been the model employee for the Steelers—outside of the occasional training camp tussle in the early stages of his career that he would get into with the offensive linemen because he couldn’t figure out what practice speed and intensity is supposed to be.

Just another example of his consistency, I guess, when you only know one speed.

He has been a consistent presence and a consistent voice, even long before he was a captain. He is one of the voices of reason in the locker room, one of the people that both his teammates and the reporters turn to when they need advice, or a take on an issue. He has been consistently great in the community.

This is why the Steelers were willing to make him one of the highest-paid players at his position, and the highest-paid defensive player to sign a deal at his age, now 31 years of age. And the reality is that he probably left some money on the table. Not a lot, but some.

Consistency will get you to the position in which Heyward is now, set to become the second-richest Steeler in history behind only Ben Roethlisberger in terms of career earnings—at least until T.J. Watt has his say, and that will likely take multiple contracts.