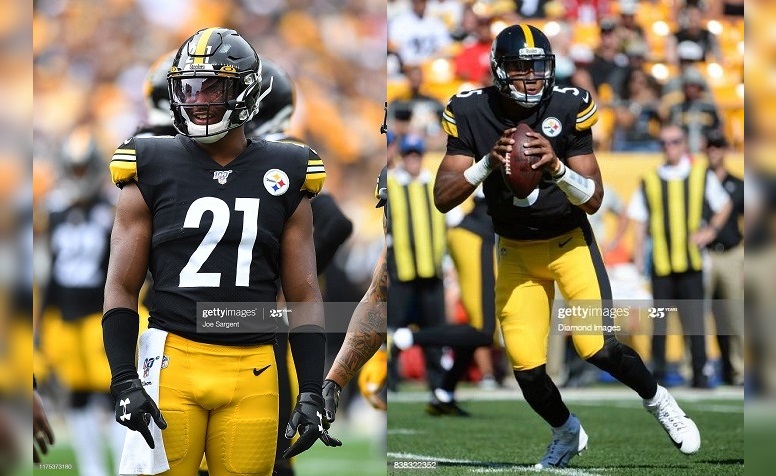 The Pittsburgh Steelers were a very bust team after setting their initial 53-man roster on Saturday. Since then the team has swapped out three players on their 53-man roster with two of them being former players of the theirs, quarterback Joshua Dobbs and safety Sean Davis. On Tuesday, Steelers head coach Mike Tomlin talked about why the team decided to reacquire Dobbs and Davis on Sunday.

Tomlin first commented on the return to Pittsburgh of Dobbs, the team’s fourth-round selection in the 2017 NFL Draft who was traded to the Jacksonville Jaguars nearly one full year ago.

“It’s exciting to have Josh Dobbs back in the fold,” Tomlin said of the quarterback on Tuesday. “We like Josh, he’s an intelligent guy. His prudent use of mobility is an asset to him. And particularly at the third quarterback position, when you don’t get a lot of reps, physical reps in terms of preparation, it’s good to have a trade or something that gives you a winning edge and his mobility and prudent use of is proven to be an asset to him in those circumstances. And that’s one of the reasons why we’re excited about reacquiring him.”

Dobbs’ mobility is indeed one of his best traits. As the team’s third quarterback, he’ll be asked to do a lot on the scout team during weeks leading up to games. His experience doing that for nearly his entire NFL career to date will be an asset to the Steelers in 2020. He’ll also do a great job of emulating Baltimore Ravens quarterback Lamar Jackson twice during the season as well.

After talking about Dobbs, Tomlin turned his attention to Davis, the team’s second-round selection in the 2016 NFL Draft out of Maryland who was recently released by the Washington Football Team after signing a one-year contract with them earlier in the offseason.

“We were able to get Sean Davis back and forget safety, Sean Davis has been a guy over the course of his career with us that has been a quality punt team player, been a quality kickoff team player,” Tomlin said on Tuesday. “And I think those are the first things that we thought about when we had an opportunity to require him. The instant help that he could provide us as a guy that spent a lot of time as a core special teamer for us in his youth, but also as a guy that’s familiar with our schemes and capable of playing both safety positions and adding starter capable depth at that position.”

Davis started two games for the Steelers last season but suffered a season-ending shoulder injury in the team’s Week 2 game. His injury was quickly followed by the Steelers trading for safety Minkah Fitzpatrick and deal paid off in spades. Davis was allowed to ride off into free agency as an unrestricted player and that wasn’t surprising. It also wasn’t a huge surprise to see him re-signed right after he was cut by Washington.

Davis registered four total special teams tackles during his first four seasons with the Steelers. As Tomlin indicated on Tuesday, Davis is likely to, at the very least, be on the punt and kickoff coverage teams to start the season. Additionally, he’ll likely be the primary backup at both safety spots right out of the chute as well.

The Steelers have four safeties on their initial 53-man roster. Those four are Fitzpatrick, Terrell Edmunds, Jordan Dangerfield, and Davis. Marcus Allen also made the 53-man roster as a linebacker this year and he also has experience playing safety for the Steelers.

“So, really excited about those guys we were able to pick up,” Tomlin said on Tuesday.