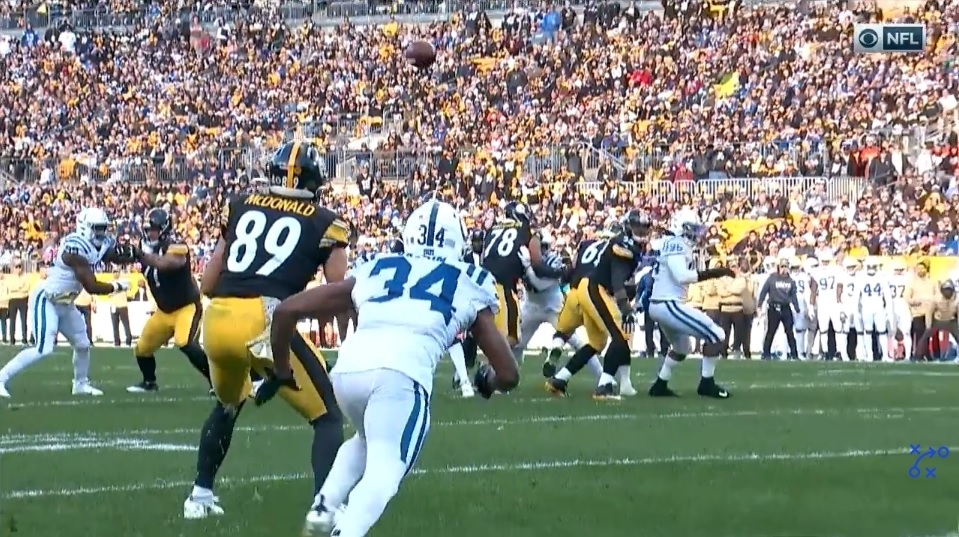 As we’ll do every week to get you ready for the upcoming game, our X Factor of the week. Sometimes it’s a player, unit, concept, or scheme. To kick things off for 2020, the critical factor in Monday’s opener against the New York Giants.

X Factor: Winning The Middle Of The Field

Pittsburgh winning the middle of the field works for both sides of the football. Offense and defense. On offense, the Steelers have to work the middle of the field much more than last year. They got no production from their tight ends and slot receiver JuJu Smith-Schuster missed chunks of the season on top of the lousy, lousy quarterback play. The few productive plays the Steelers’ offense got came outside the numbers, hitting Diontae Johnson or James Washington downfield. Very few plays came between the hashes.

Odds are good that changes this season. Ben Roethlisberger’s back. So is JuJu. But the Steelers have to exploit that area much more often, working over the Giants with a healthy dose of Smith-Schuster, Eric Ebron, and Vance McDonald.

Defensively, it’ll be about containing Evan Engram and Golden Tate. Engram is a matchup nightmare, an ultra-athletic tight end who was on fire last season before missing the latter half of the year with a foot injury. Through eight games, he racked up 44 catches for 467 yards and three touchdowns. Extrapolate that over a full season, so double his numbers and you get an 88/952/6 line. Top tier numbers for a tight end.

Then there’s Tate. Hines Ward light (Hines Ward very light but they’re similar playing styles). He’s hard-nosed, willing to go over the middle, and Mike Tomlin talked him up plenty on Tuesday. Tate averaged a healthy 13.8 yards per catch last season and found the end zone six times, almost all of that damage coming with Daniel Jones under center. It would be naive to overlook the connection Jones showed with then-rookie Darius Slayton, a bonafide deep threat, but Jones is likely to rely on Engram and Tate much of the time.

If the Chiefs/Texans game was any indication, defenses will tend to be conservative. No one wants to get beat deep. They want to play it safe, not beat themselves, force offenses to string together 10+ play drives despite the natural rust the lack of action the last six months have brought. That won’t be a terrible strategy for Pittsburgh. But they can’t let Engram and Tate pick them apart over the middle either. Their defense didn’t become great in 2019 by playing things safe and there’s plenty of continuity throughout this unit for them to take an aggressive, deny-everything approach.