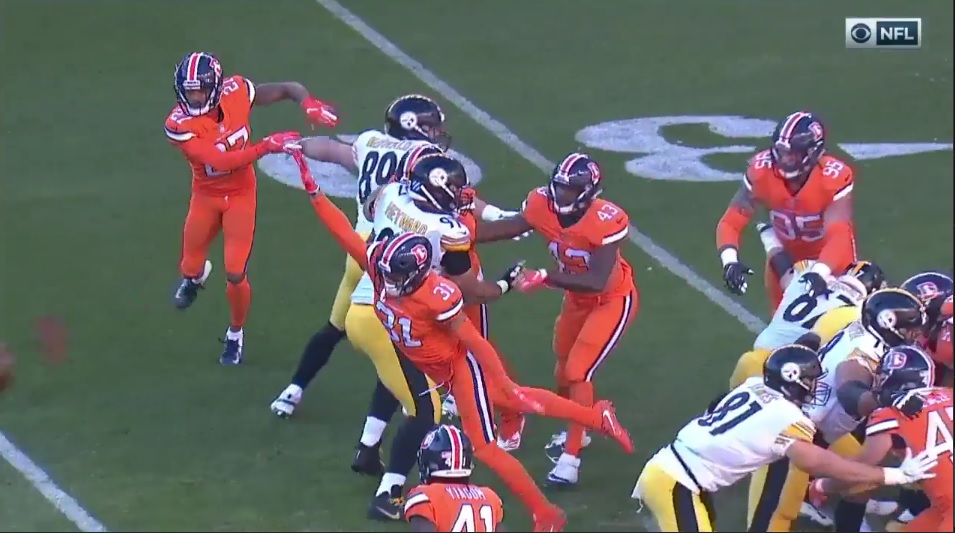 As we’ve done in the past, the keys to the Pittsburgh Steelers winning (or losing) tonight’s game. Three things that need to happen for them to end up on the right side of the score and vice versa in the 2020 home opener hosting the Denver Broncos.

Weakness of this Denver team is its cornerback group. Dealing with injuries there. AJ Bouye has been placed on IR, leaving them with rookies Essang Bassey, Michael Ojemudia, along with veteran Bryce Callahan. Big pluses for guys like Diontae Johnson, JuJu Smith-Schuster and company. Combine that with a sharp looking Ben Roethlisberger and the Steelers’ receivers should have a big day. Tight ends too. Broncos allowed a pair of one yard scores – both off playaction – against the Titans Week One.

In its current form, the biggest question mark for this team right now is the offensive line, a statement we’ve rarely said over the last five years. Two new faces enter the lineup next to each other – RG Kevin Dotson and RT Chukwuma Okorafor. The team struggled in pass protection last week, one of the worst win rates in football, especially when it came to passing off stunts. Adding “newness” to this group isn’t going to help. Up to these young, new faces and the vets on the left side to do a better job communicating.

Watt and Dupree were excellent in the opener against Giants. Dupree was the best player on the field with Watt closely behind. Despite nearly a dozen pressures between them, neither notched their first sack. Think that changes this week against a below average Broncos’ offensive line. Watt against RT Elijah Wilkinson is an especially favorable matchup. Steelers’ defense had three QB takedowns against Daniel Jones. Hope they can at least match that number today.

Made Mike Hilton my X-Factor in yesterday’s article. Jeudy will be one of the team’s top wepaons, leading Denver in targets, even if Courtland Sutton plays in limited action. Jeudy is one of the most electric players on the field in this contest and though he’ll show some expected rookie inconsistency but that’s not a guy you want to let loose into the open field.

No doubt one of the Broncos’ goals is to get Lock out of the pocket. Expect plenty of designed bootlegs and rollouts to the right side, hopefully suckering in the Steelers’ pass rush and then forcing them to chase Lock all over the field. Good way to wear out a front seven if they’re doing laps around the field. The upsides to rollouts and boots is that it automatically takes away half the field. Defend it well and you’ll quickly take away Lock’s passing options. Just worry about him running the ball too. Similar mobility to Daniel Jones, he’ll take off if you give him some space.

Big worry here. Hopefully it’s not just paranoia from the last matchup when Justin Simmons leapt over the middle of the Steelers’ FG team to block a Chris Boswell attempt. Then, a Broncos’ teammate held down David DeCastro so Simmons could have an easier jump over the line. Denver is still doing the same under STs coach Tom McMahon and they blocked a FG in the opener vs Tennessee (though didn’t use the hold & leap tactic on that particular play). Pittsburgh’s shuffling new faces on the FG team after Zach Banner and Stefen Wisniewski’s injuries. If the squatty JC Hassenauer is out there (and he was a replacement last week), he’s an easy target to hop over. Watch out, Danny Smith.