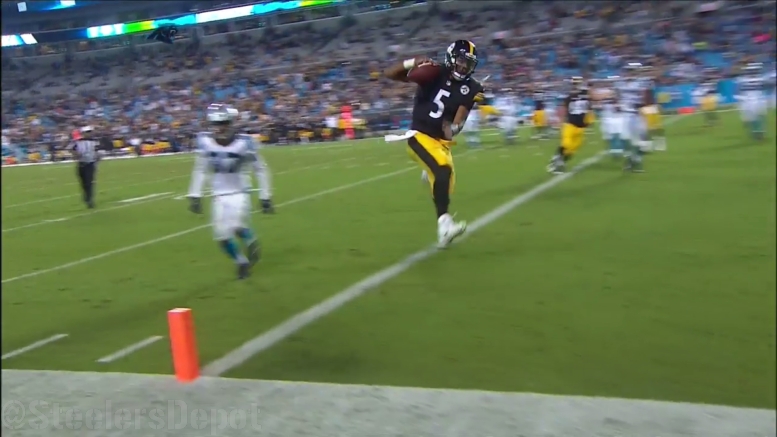 It turns out frequently to be the case that the Pittsburgh Steelers players they’re willing to part with in some form or fashion that aren’t just a matter of pricing themselves out of town usually don’t pan out. Even back a decade ago, the Arizona Cardinals quickly regretted signing Bryant McFadden in free agency and traded him back to the ‘burgh a year later. William Gay and Matt Spaeth are two other veterans who had short stints elsewhere before working their way back.

The Oakland Raiders certainly didn’t get a third-round pick’s worth of production out of Martavis Bryant a couple years back. Marcus Gilbert has been injured since being traded to the Cardinals, and now opted out of the 2020 season.

Now the Steelers were able to bring back two more of their own while recouping something for their original loss. Veteran safety Sean Davis signed a contract with the Washington Football Team as an unrestricted free agent back in March. Even though he was released, he still figures to count in their compensatory pick formula, though this isn’t definitely confirmed just yet.

Despite being given a $2 million signing bonus, Washington let him go. Now he will serve as the team’s top backup safety this year and possibly work his way into a sub-package role over the course of the season as he looks to hit free agency again in 2021.

In September of last year, Pittsburgh was able to get a fifth-round pick out of Joshua Dobbs after Nick Foles went down for the Jacksonville Jaguars. Gardner Minshew took over for the team and Dobbs went to the backburner, and was ultimately waived over the weekend. Pittsburgh claimed him and got a fifth-rounder for his 15-game absence, which they turned around and used as (a small) part of the Minkah Fitzpatrick trade.

Pretty handy overall, all things considered, especially in the case of Davis, who didn’t miss any potential playing time. With regard to Dobbs, after all, were he not traded, he likely would have started several games last season. Would he have done better than Devlin Hodges? The Steelers evidently think so, and that could have been the difference between them making the playoffs and not, so it may not have been worth the fifth-rounder in the end, but we can never know for sure.

And it also must be said that the Steelers don’t always get the value they’re looking for via trade, either. Sure, the Fitzpatrick and Devin Bush trades worked out. But Nick Vannett was not worth a fifth-round pick. Josh Scobee was worth nothing. Brandon Boykin did reasonably well for his time here. Justin Gilbert did not factor in much at all.

This year, the Steelers sent the Ravens a fifth-round pick for Chris Wormley. Will that end up being worth it? If he ends up becoming a long-term number three end, it certainly would, but he will be an unrestricted free agent in March, and they’re already paying him over $3 million this year to find out.