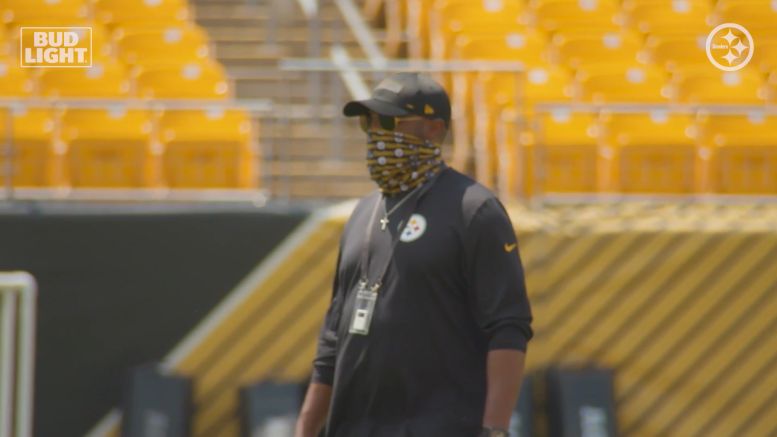 With training camp winding down, the Pittsburgh Steelers paid close attention to the specialized area of the game yesterday inside of Heinz Field. I’m referring, of course, to what head coach Mike Tomlin refers to as ‘situational ball’, things like short-yardage scenarios and ‘possession downs’—another Tomlinism—plays on third and fourth down that determine whether or not you keep the ball.

This was a big day especially for the offense, considering that they finished dead last in red zone efficiency last season and near the bottom of the barrel in terms of third-down conversion rate. Almost everything about their offense was quite bad last season, which was in stark contrast to the year before.

The Common denominator, of course, is the presence or absence of Ben Roethlisberger. With him in 2018, they put up great numbers. Without him in 2019, they were among the very worst offensive units in the entire league, particularly in regard to efficiency. Even with Roethlisberger back in the fold, it’s still an area you want to drive home.

“A good day for us working some situational ball – short-yardage and goal line”, Tomlin said after practice yesterday of the work they put in. “Significant areas of play, areas of play we need to focus on and work to be dominant in those”.

This is big when you consider the fact that the Steelers weren’t just bad last season—they were unmistakably bad. One thing a lot of people don’t realize is that Pittsburgh excelled offensively in 2018 despite having the worst average starting field position in the NFL.

Thanks to the defense and their regular takeaways, the offense was among the most fortunate in the NFL a year ago, ranking sixth in the league in average starting field position. in particular, they started many more drives in or near opponent territory than they did the previous season.

Roethlisberger returning doesn’t make it all better though, either. And this isn’t just Roethlisberger coming back. It’s Roethlisberger after elbow surgery, and working with a new cast of characters around him. So getting in that situational work is important. Tomlin acknowledged that the offense was taking longer to come around in training camp than the defense, but the former finally started to pick things up late, and hopefully that continues as they enter the regular season.