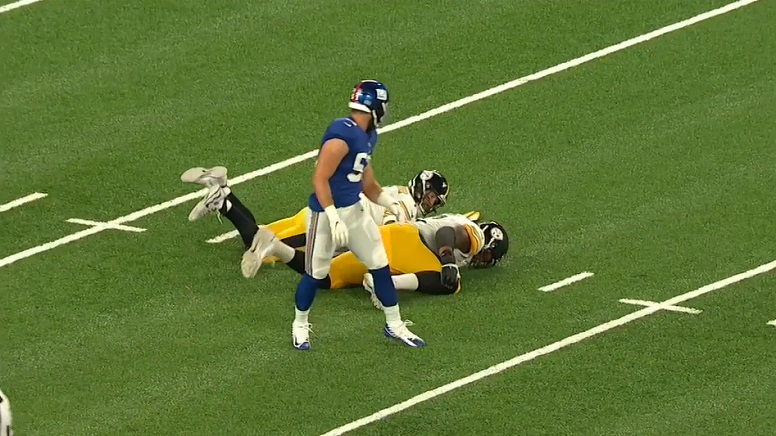 Not surprisingly, the 2020 season of Pittsburgh Steelers tackle Zach Banner has likely come to an end after just one game.

According to Tom Pelissero of the NFL Network on Tuesday, Banner reportedly is expected to miss the remainder of the 2020 season as a result of him tearing the ACL in his right knee late in the team’s Monday night road win over the New York Giants.

Banner’s face told the story. He’ll have an MRI to confirm the season-ending injury.

Our own Dr. Melanie Friedlander speculation Tuesday morning that Banner did indeed tear the ACL in his right now during a fourth quarter pass play that resulted in a touchdown. On that play, it looked like Banner’s right foot maybe caught some in the turf as he was dropping to pass protect.

Monday night was Banners first career start as a tackle and it came on the heels of him winning that job in training camp after beating out Chukwuma Okorafor. With Banner now sidelined, Okorafor is expected to become the Steelers new starting right tackle beginning next Sunday against the Denver Broncos.

Steelers head coach Mike Tomlin will likely confirm the seriousness of Banner’s injury during his Tuesday press conference. Banner is expected to be placed on the Steelers Reserve/Injured list at some point this week. He’ll likely need surgery in the next week as well.

Banner signed a one-year, $1.75 million contract with Steelers during the offseason.

The Doctor Is In: Zach Banner May Have ACL Injury