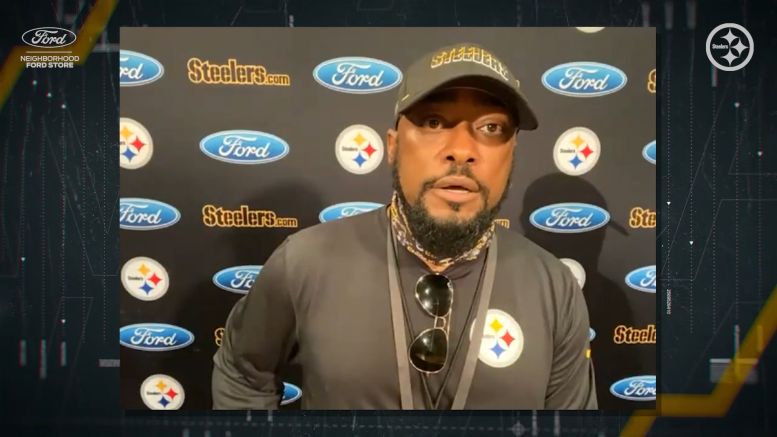 When it comes to preseason football, everybody understands that it is a ‘dress rehearsal’ of sorts for the real thing, of working things out to make sure that you can get it right the first time when you have to do it when it counts. Some may not quite realize just how much this accounts for, though.

One of the very most basic elements of football is managing to get the 11 players on the field that you need at any one time in an orderly fashion and having those players set and ready to go before the ball is snapped—not 10 players, not 12 players, but 11.

That takes work, and repetition, to have the 11 guys that you need at any given time, especially when it comes to transitioning from offense or defense to special teams and then back. Special teams units in particular can have a lot of varied personnel, so getting them on and off the field is important, especially when time is short.

“We had some more transitional things. We feel like we need additional work between getting the offensive and defensive unit off the fields, and special teams units on the field”, he told reporters after practice today. “That is a big component of preseason football, gaining fluidity in that area, so we’re paying respect to these unusual circumstances by getting additional work in that area in a practice setting. But we’ll continue to do that. We don’t want to get into stadiums here in regular season football and have issues relative to 11 on the field as we transition from group to group”.

While a lot of it was due to holding penalties and illegal blocks in the back, the Steelers were among the most highly-penalized special teams units in the league last season, especially earlier on in the year, but getting the proper personnel on the field in an orderly fashion can contribute to that as well if  your players are not set and ready to go at the snap.

One thing that the Steelers do have to rely on is that they have consistency in personnel with their specialists, as the trio of Chris Boswell, Jordan Berry, and Kameron Canaday have worked together for some time now.

But of course special teams involves a lot more than kicking and punting. There’s also blocking and tackling, and fielding, and ball security. There are trick plays that can turn a game. This is an area that cannot be ignored, and just another reason that it’s so important to be able to go through those transitions smoothly.