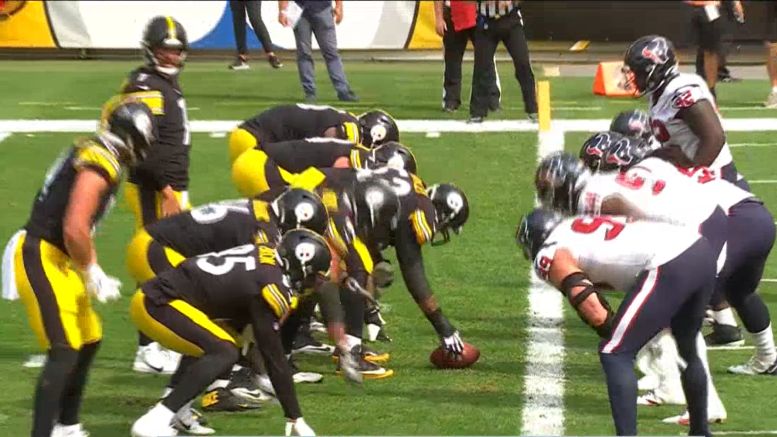 The Pittsburgh Steelers used a fourth-round pick on Jerald Hawkins, an underclassman out of LSU, in 2016 believing that he had the capability of developing into a starting-caliber lineman, but they would start him out, as they had with so many others, lining up in the tackle-eligible role.

Plans for him quickly went south due to injuries, spending two of his first three seasons in the NFL on the injured reserve list. The one year in which he was healthy, in 2017, he did serve in that tackle-eligible role. When he returned from injury in 2019 and appeared to be the odd man out, the Steelers traded for him.

As fate would have it, he is back in Pittsburgh to take the roster post of Zach Banner after he suffered a torn ACL, signed off of the Houston Texans’ practice squad, and not only is he back with the team, but also playing in that tackle-eligible role—as Zach Gentry continues to remain on the bench.

Head coach Mike Tomlin talked about having Hawkins back in the building, a player with three-plus years in their system whom they were able to acquire on the cheap after suffering a sudden depth crisis due to injury.

“He has done a nice job getting back on a moving train if you will”, he told reporters yesterday about his sliding into the extra lineman role. “He has held down that job in the past, so it’s not a new job for him. But none the less, we still like the contributions we are getting from him. It makes us whole and gives us an opportunity to have the type of versatility we desire”.

Hawkins logged several dozen snaps lining up as an eligible player in 2017. He was back in that role on Sunday against the Texans, the team who picked him up during training camp, and on whose practice squad he was sitting until September 16, logging 15 snaps there.

Pittsburgh expanded the tackle-eligible role further since Hawkins last occupied it. Chukwuma Okorafor played some 70 snaps there in 2018. Banner played over 200 snaps in that role last season, after losing Jesse James in free agency and having to rely on the tackle position as a true third tight end.

Although they now have Eric Ebron alongside Vance McDonald, they are still using the tackle-eligible as a blocking tight end. Even Okorafor took four snaps there in the opener before Banner was injured. I would imagine that Hawkins will continue to be employed in that role for the remainder of the season.

And it’s perhaps a role that Kevin Dotson could also play. Though it’s generally been used for tackles, B.J. Finney has seen a bit of time there. Derek Watt potentially missing time makes the role even more important, because the fullback has lined up in-line at times this year.