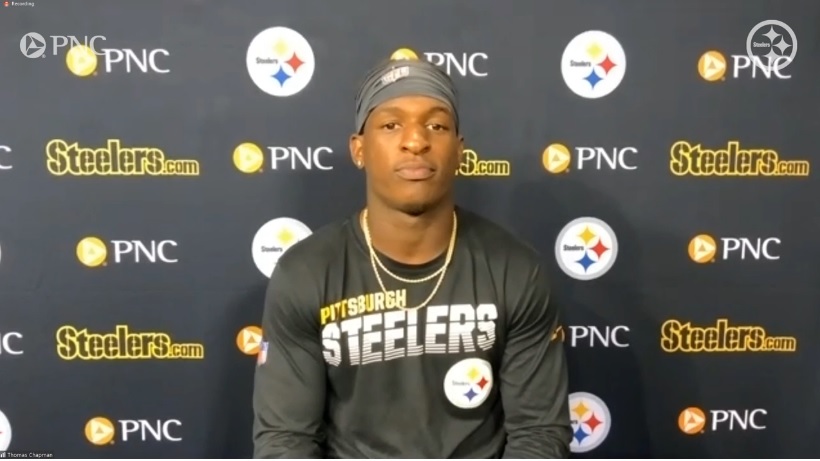 That’s the modified approach the Pittsburgh Steelers are taking to adjusting to the NFL’s schedule changes, pushing Sunday afternoon’s initially scheduled game to at least Monday night and potentially into Tuesday. Mike Hilton, echoing something Mike Tomlin would say, is focusing on the things he and the rest of the team can control.

“[The feeling is] no different,” Hilton told reporters during a Wednesday Zoom call. “Everybody saw the situation that happened over the last couple of days. And we knew as a team this was what we were coming into this season. So we know on our end, we know we’re going to do everything we can to stay healthy and stay safe. We’ll let everything else take control, but we can only focus on getting prepared for the Titans.”

Moving the game to Monday does give the Steelers an extra day of preparation for Tennessee. But on the back end, it’ll create a short week for Week 5’s game against the struggling Philadelphia Eagles. Hilton says the approach is no different to playing a scheduled game on short test.

“It’s no different. We’ve played on Sunday and turned around and played on Thursday. We have Monday night games. We we’ve been down this road before. We’ve got the coaching staff and the type of team that will stay focused no matter the game situation. We know it won’t be any different. We won’t let it get us off our focus, which is going in and trying to get a W.”

Tomlin has certainly been leading that focused mantra. Head coach of the Steelers since 2007, he’s been thrown into almost every type of situation and is certainly more battled tested than a rookie or even relatively new coach like Mike Vrabel, hired in 2018.

The silver lining to the game likely being played Monday Night is that’s an environment the Steelers seem to shine. They’re 16-2 on MNF under Tomlin, winning eight in a row, and defeated the New York Giants in the Week One opener before turning around on a short week to knock off the Broncos’ Week Two. Of course, they’ll be the more prepared team this weekend too as the Titans still aren’t able to attend their practice facility.