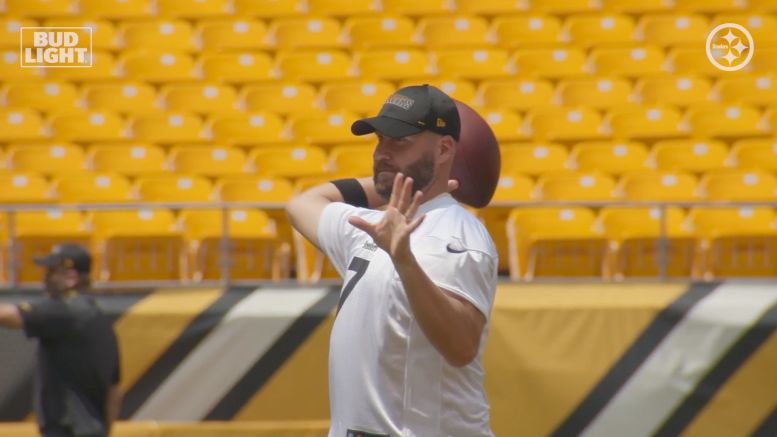 Considering the significance and the magnitude of his presence, it’s hard to grow weary of the Ben Roethlisberger discussion and what his return means for the Pittsburgh Steelers—not just in 2020, in the future, and potentially even beyond the 2021 season, which is the length through which his current contract runs.

Entering his 17th season and now 8 years old, Roethlisberger understands that he has far more football left behind himself than is to come. Even on the optimistic side, he may only have five or so seasons left in him. But he still has the same drive that has brought him this far, with general manager Kevin Colbert emphasizing how valuable and reassuring his competitive mindset is.

“Ben is a Hall of Fame quarterback and he doesn’t have to do this”, he told Kevin Clark of The Ringer. “The fact that he wants to do this, and wants to accomplish even more is a great mindset and a great example to our younger players. That it means that much to him. That’s really the only reason he continues to play, is he wants to win more Super Bowls”.

Roethlisberger remains one of a relatively small handful of starting quarterbacks who have earned multiple Super Bowl rings. With each additional ring that he is able to put on his finger, however, he earns greater and greater exclusivity.

His long-term goal had always been to get at least four rings, to match, at the time, Terry Bradshaw and Joe Montana. Since those early days, Tom Brady of the New England Patriots secured his legacy for many as the greatest of all time by adding three more rings in the past several years to the three he earned at the turn of the millennium, the first player with six rings.

If Roethlisberger has any ambitions of catching up to that status, then he definitely has his work cut out for him. But as long as he is still chasing a Super Bowl, it’s not hard to feel optimistic about his commitment to continuing to play, provided that his body allows him.

And the Steelers are still comfortable on that front for the immediate future. “Physically I think he’s fine. His arm has been fine in training camp”, Colbert said. “He should be fresher because he didn’t have a year’s worth of hits on his body, movement on his legs”.

Of course, the final test is actually getting him into a game, or rather several games, and seeing not only how he performs, but how he holds up. Roethlisberger’s own comments have suggested that he actually feels better than he has in a long time, even doing things he hasn’t in a while, including throwing three days in a row.