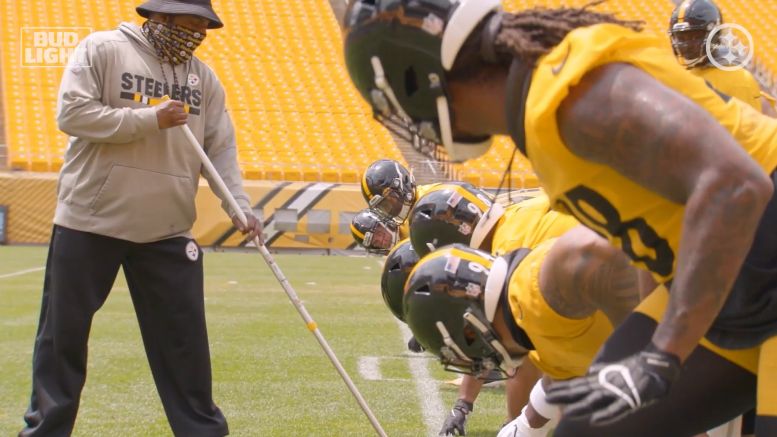 No one was prepared to play in a season like the way 2020 is about to unfold. But no one has a choice. And the Pittsburgh Steelers are thankful the people inside the organization are awfully familiar faces. Their head coach, both coordinators, and quarterback is returning, even if he’s coming off serious elbow surgery. And of course, GM Kevin Colbert returns for his 21st season in Pittsburgh.

In a great article written by The Ringer’s Kevin Clark, Colbert believes the continuity Pittsburgh has, especially on defense, is a big benefit.

“We are a more veteran team than probably some of the teams around the league and that is to our benefit, especially on the defensive side,” Colbert told Clark. “That group has pretty much played together for at least one year and, in some instances, three, four, five years. So I think there’s benefit there.”

As The Ringer’s article notes, if you consider Ben Roethlisberger returning – even after missing 2019 – the Steelers have a league-high continuity. Almost all their pieces on defense are returning. The ones who aren’t, Javon Hargrave and Mark Barron, are being replaced in-house. Stephon Tuitt is back healthy to form a dynamic duo with Cam Heyward while Devin Bush will take over full-time at off-ball linebacker.

Offensively, there’s not much turnover either. As Colbert noted, there’s some chemistry, timing issues that will have to be worked out between guys like Diontae Johnson and Roethlisberger, but there aren’t many new faces here either. Four of the five starting linemen return, all the starting receivers and running backs are back with TE Vance McDonald entering his fourth year with the Steelers.

Only free agent Eric Ebron and rookies Chase Claypool and Anthony McFarland are the new offensive faces expected to contribute out of the gate. The latter rookies will have small, niche roles to start, too while Ebron’s snap count will be limited.

It’s a much different story for the Steelers’ Week One opponent. The New York Giants have a brand new coaching staff, led by first-time head coach Joe Judge. They have a second-year quarterback, new starting tackles, and a defense that’s been piecemealed together throughout the summer. That doesn’t guarantee Pittsburgh victory Monday night but it sure gives them an advantage. And Colbert knows it.