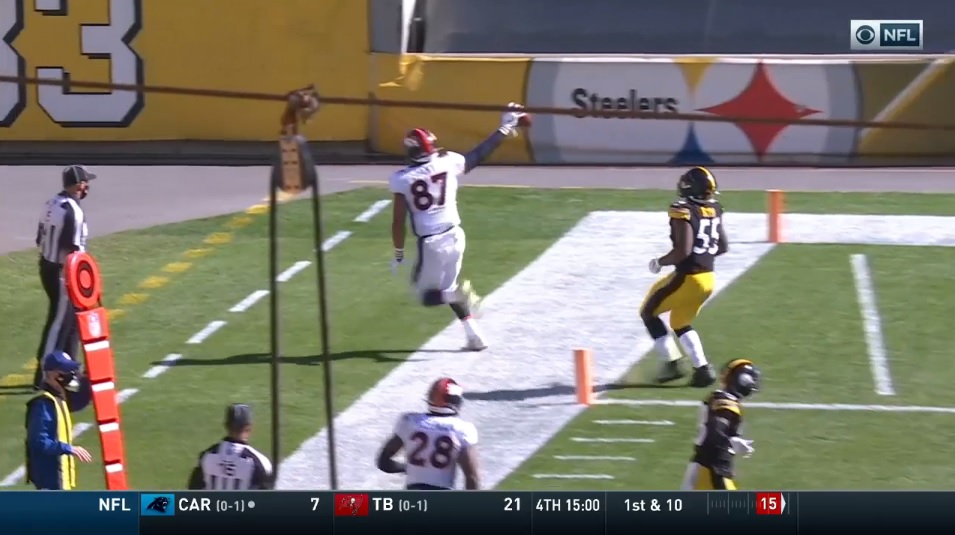 The Steelers defense continued to shine on Sunday against the Broncos with 7 sacks and 2 more turnovers. However, the Broncos’ backup-quarterback, Jeff Driskel, started to expose some holes in the Steelers’ pass defense. The most glaring gaffe came on Driskel’s 20-yard touchdown pass to Noah Fant late in the 3rd quarter.

On the live TV broadcast, one could have assumed Devin Bush got burned on the corner route by Denver’s tight end, and with Bush’s recent coverage concerns it’s easy for fans and analyzers to use it as fuel to talk about his “inability to cover.” So let’s dive into the defense the Steelers were running and how it relates to the specific route combination the Broncos ran at the Steelers. 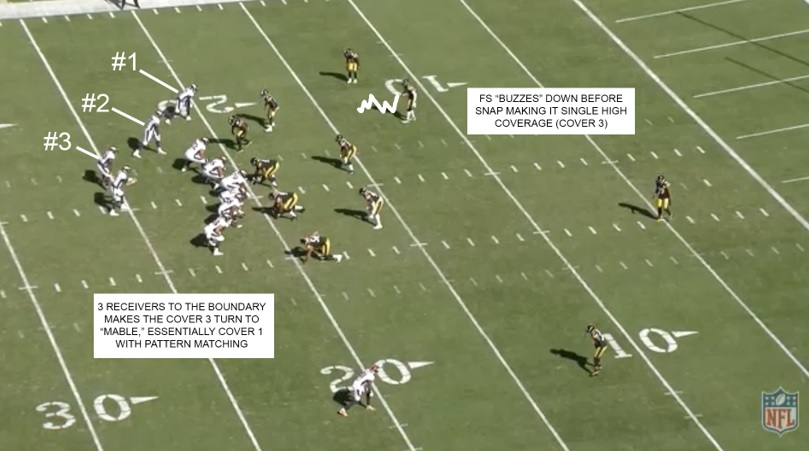 As you can see in the above graphic the Steelers were in a Cover 3 base. Terrell Edmunds rotates down just before the snap making it a single-high coverage with Minkah Fitzpatrick patrolling the middle of the field. Due to the Broncos coming out with 2 receivers and a running back to the left, the defense must treat this the same as they would to trips to a side. This turns the Cover 3 call into a 3 Buzz Mable which is a defense originated by Nick Saban in the ’90s to help defend against the Steelers while he was with the Cleveland Browns. He wanted to be able to add an 8th man to the box to help with run support while also being able to defend against 4 verts in single high. This was his solution.

Essentially this turns the cover 3 into a cover 1 coverage on the side on the side with 3 receivers. Each defender has a series of “and/if” statements they must follow and once the routes play out they “buy” a route depending on what they do.

The Broncos are running a scissors route concept front side. You can see how it gets its name as the corner from the slot and the post from the #1 create a “scissor.” It’s a perfect call against a traditional Cover 3 as you’ll see many cornerbacks carry the post and vacate their deep 3rd leaving the corner wide open. 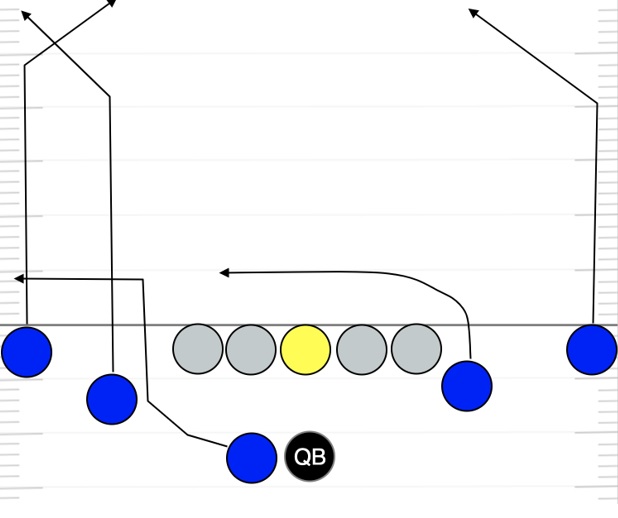 However, with the 3 Buzz Mable called this should be shored up nicely. The coverage responsibilities are as follows:

This confusion between Edmunds and Hilton of diagnosing the runningback (#3) as a “fast 3” is where the bust in this coverage originates. I think the runningback originally pushing vertical throws Edmunds off, so he charges, leaving Bush wrongly on an island. Below is how the coverage should have played out. 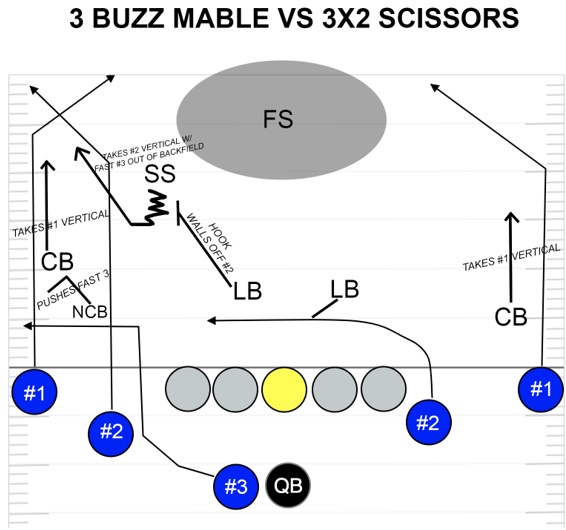 And here’s how it plays out. You can see Edmunds charge #3, letting Fant run right past him. It is almost an impossible task to ask Bush to cover a corner from his initial alignment. He does do a great job walling off inside to prevent a seam throw down the middle as his assignment states. From the end zone angle you can also see Hilton visibly upset at Edmunds after the play.

The most unsettling part of this play is Edmunds compounding his mistake by continuing to stick with #3. When he pats Fant by he should realize instantly that Hilton stayed with #3. At this point, it should click, even if he thinks he made the right decision, “I have to find #2.” I’m not saying he makes the play if he drops and finds #2 on the corner but he would at least make the throw a bit tougher on Driskel if he sees Edmunds begin to drop underneath it. Instead, Edmunds just sits beside Hilton in no man’s land. 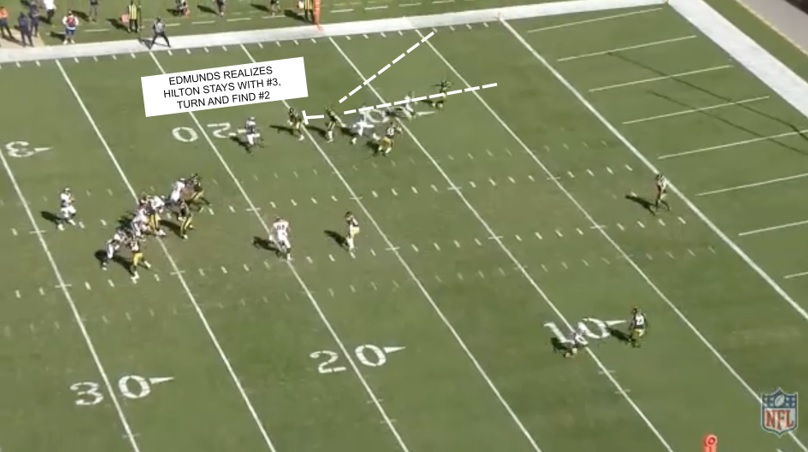 Coverage busts will happen but it continues to be a trend that Edmunds finds himself being the weak link in coverage. In his 3rd season, these are the types of plays you should be comfortable with your 1st-round safety diagnosing. Here’s to hoping he minimizes these types of mistakes this year as I’m sure opposing offenses are going to have him under the microscope and continue to try to put him in tough spots as the season progresses.