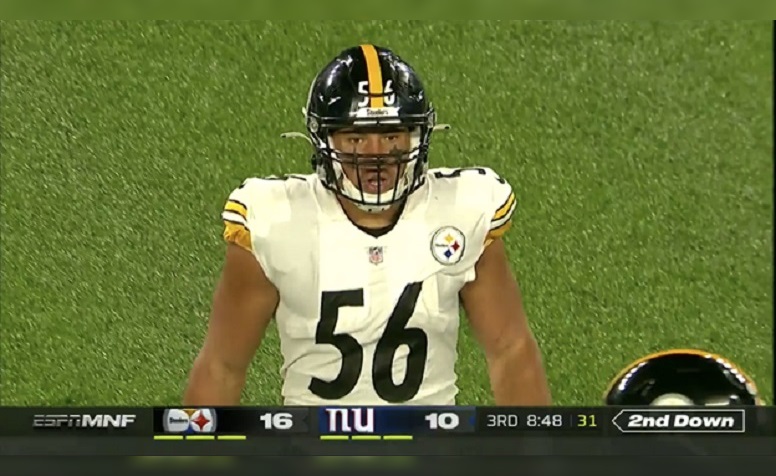 During the abbreviated offseason that included no rookie mini-camp or OTA’s, Pittsburgh Steelers rookie outside linebacker Alex Highsmith still was able to impress during the unorthodox training camp at Heinz Field. Only slightly less unorthodox than a Steelers training camp not being held at Saint Vincent College is head coach, Mike Tomlin, singing the praises of his rookies.

There was more hype about Chase Claypool and Highsmith during camp than any other top picks in recent memory. Confirming the media’s thoughts, Tomlin went on to say this about the rookies, “They [Claypool & Highsmith] don’t appear to be out of place in that company. So far, so good. As they continue to prove themselves, that will increase and thus the growth process for those two and others. But those two you mentioned specifically are one of the ones I’m thinking about when I’m talking about guys that have had an opportunity to ascend and are taking advantage of it.”

Just a day after Tomlin said this, defensive coordinator Keith Butler struck the same chord on Highsmith. “Alex has really shown that he belongs in the NFL. He belongs where we drafted. Do we really know that until we get into live-action? Probably not. But what we have seen him do here in practice is encouraging in terms of us putting him in and having enough confidence in him that when he goes in it won’t be a huge drop off from those two other guys.”

Well, the time has finally come where we got to see Highsmith in live-action and while it was a small sample size, he again proved he belonged. Spelling both Bud Dupree and T.J. Watt in the team’s Monday night regular season opener, he racked up 10 defensive snaps, only one less than his backup outside linebacker counterpart, Ola Adeniyi. Let’s dive into what Highsmith did in those 10 snaps that impressed.

This was Highsmith’s first career pass rush in the NFL. Attributing it partially to nerves, he has a bit of a slow get off here compared to what we know he’s capable of with his first step explosiveness. Moving past that, you’ll start to sense a theme that he does a great job setting up his moves. Here he stems outside before winning cleanly on a swim move. The snap to throw on this play is under 2 seconds. If it was any longer Highsmith likely gets his first QB pressure or hit on his first-ever pass rush.

Coming out of UNC Charlotte, it was known that Highsmith had a pro-ready frame measuring in at 6’3” 248 at the combine and while he didn’t bench there it was clear on his college tape he had the strength needed at the OLB position at the next level. He was able to show it here as he uses a textbook “lock, peek, shed” to rid himself of the blocking tight end.

This is Highsmith’s lone tackle on the day, but it gives you a great look at his motor. He initially loses at the point of attack against Giants’ tight end, Evan Engram, but he keeps his feet moving and fights off the block with a nice dip. Then, he quickly finds the ball carrier and shows off a bit of his own speed as he doesn’t let the Saquon Barkley beat him to the edge, holding him to a modest 1 yard gain.

The last play we’ll break down is Highsmith’s first QB pressure. This is the first time you get to see a glimpse of his explosive get off. You’d like to see him gain a little more ground with his initial step, but he seems to be trying to set up his speed chop. The hop makes him lose his momentum but helps him work to half a man. Then, he uses a club to finish the rep and continue to try to run down the quarterback.

In his first live NFL game with no preseason, Highsmith certainly leaves fans with a lot to be excited about. It’s clear why he was getting much praise from the coaching staff as many of his traits that popped on his college film are translating to the NFL early and often. His expansive pass rush repertoire and showing he has a pass rush plan is rare for a rookie, especially one drafted in the 3rd round. With what he and Adeniyi put on film Monday night, I think it’s safe to say this is some of the best outside linebacker depth Pittsburgh has had in years. ESPN announcer, Kirk Herbstreit, alluded to it on the TV broadcast after Highsmith’s pressure that this is going to be an extremely dangerous team if you can spell Watt and Dupree and STILL have more juice coming at the quarterback. I’ll be sure to keep my eye on Highsmith this week versus the Denver Broncos to see how he follows up his impressive NFL-debut.