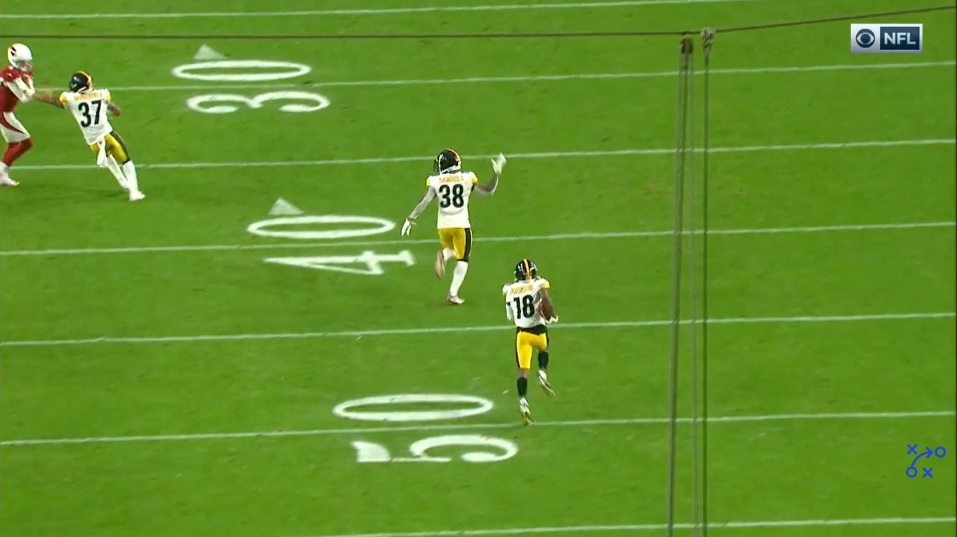 It was fair to wonder if the Pittsburgh Steelers, known for not living in their fears, would still keep Diontae Johnson as their starting punt returner now that he’s a clear-cut starting receiver. Mike Tomlin didn’t outright say that’d be the case but gave every indication Johnson will be back in that role in 2020.

“I’m extremely comfortable with utilization of Diontae along with his offensive workload,” Tomlin told reporters after Thursday’s practice. “He has real talents in that area and a desire to do so. I thought he just got better and better over the course of last year. And I think he ended up making an All-AP team or something. It’s reasonable to expect them to be even better in that area.”

That news shouldn’t come as a shock. Though Pittsburgh attempted to get Antonio Brown off punt returns late in his Steelers’ career, Brown was in that role while he was the best receiver in football. Brown was smart about avoiding big hits in the return game, Johnson will have to do the same, but he’s by far their best option back there.

As a rookie, Johnson was named an All-Pro punt returner thanks to an 85 yard score against the Arizona Cardinals. He averaged an NFL best 12.4 yards per return on 20 attempts and improved his technique and ball security as the season went on. He took over the job following Ryan Switzer’s injury mid-way through last season so his aggregate numbers should improve with increased opportunity.

Switzer figures to be the team’s backup punt returner and may potentially be used on “safe” returns on punts expected to land inside the 20. Switzer has earned a level of trust with his consistent technique and ball security so it’d make sense to use him in situations where a return isn’t expected.

Cameron Sutton will likely be the emergency punt returner. He’s always received work in drills but only returned one career punt, filling in for Johnson after his injury against the Browns Week 11 last season. Sutton erroneously fielded a punt inside his five for an eight yard return. Tomlin’s had a long-standing tradition of not using defenders in the punt return game; Sutton was the first to do it in Tomlin’s entire tenure.