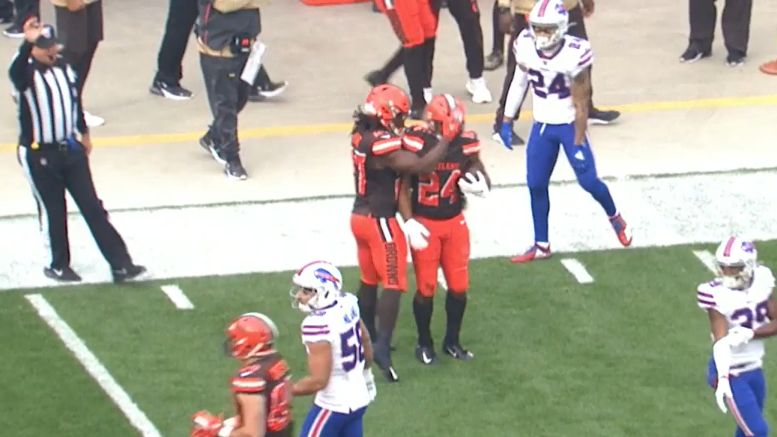 The Pittsburgh Steelers had some big news before the start of the 2020 season in announcing a four-year extension on the contract of veteran defensive lineman Cameron Heyward. Though not nearly as momentous, the Cleveland Browns also squeezed in an extension within the final week before the game begin.

The team announced yesterday that they agreed to terms on a new two-year contract extension with running back Kareem Hunt, who is entering his second season with the team and his third in the NFL. A Pro Bowler as a rookie in 2017 with the Kansas City Chiefs, off-field incidents led to his release 11 games into his second season.

After serving an eight-game suspension to begin the 2019 season with the Browns stemming from that incident, he served as the backup and a complement to Pro Bowl running back Nick Chubb, who is entering his third season. In eight games, Hunt rushed for 179 yards on 43 carries and caught 37 passes for another 285 yards. He scored two touchdowns on the ground and another receiving.

Chubb rushed for 1494 yards at five yards per carry with eight touchdowns last season for the Browns in his first year as a full-time starter. He has rushed for nearly 2500 yards in his two-year career, coming up just shy of 1000 as a rookie after starting nine games and scoring another eight touchdowns.

“Kareem Hunt is a core component of our offense. He has been a great teammate, outstanding worker, and steadfast in his desire to have success in his hometown for the long term”, said new team general manager Andrew Berry.

“Personal growth is often times non-linear but Kareem has remained committed to becoming the best version of himself and we are proud of the redemptive strides he has taken”, he added in referencing Hunt’s off-field incidents. “He understands the opportunity he has in front of him—provided he maintains his current personal trajectory—and we look forward to the contributions he will continue to make to our team”.

This contract extension gives the Browns some breathing room, with contract extension talks for Chubb due next offseason. If for some reason they would be unable to come to terms on a deal, they will still have Hunt under contract through the 2022 season as a very qualified player at the position.